"I have come to believe that a great teacher is a great artist and that there are as few as there are any other artists. Teaching might even be the greatest of arts since the medium is human mind and spirit"

I am in agreement with this quote. I think the greatest testimony would be our own lives when we think back about our school and college days. The impact of teachers in our lives...the visions they inspired us with...ideas they that were invoked...the experiences that were enjoyed...the truth that were stirred...There would at least be a handful teachers who would have done that and who would have left an indelible impact and whose spirit is partly residing in you. I salute to all those dear teachers in my life from my nursery to my present day (as I am still learning!). 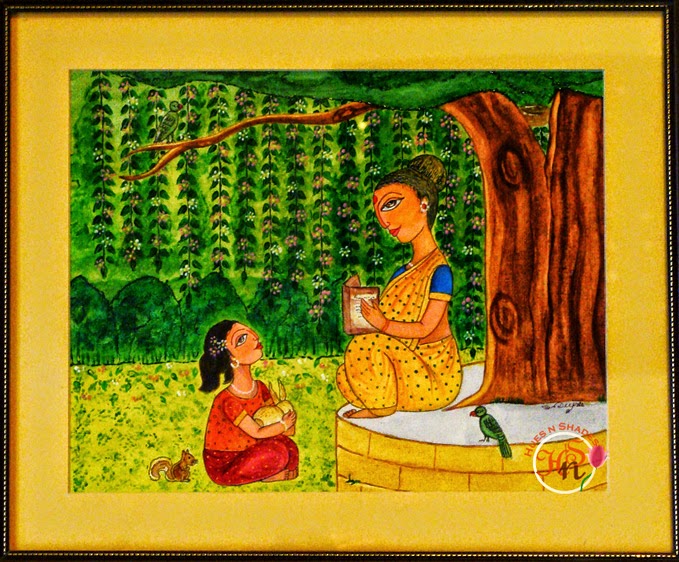 Reposting an old painting, commissioned by my dear friend, Soji for her daughter's teacher.

Now, moving on to our celebration here in Kerala...my daughter's school closed yesterday. It's a 10 days holiday and we are celebrating our harvest festival - Onam.

It's a potpourri of tales and legends 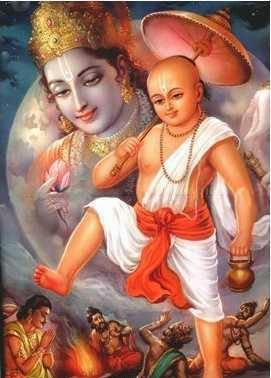 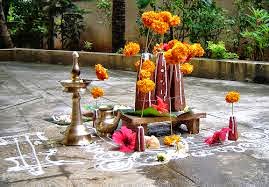 Mahabali and Vamana - a symbolic representation

[The legend says that Onam is a festival that celebrates the return of the King of Kings who once ruled Kerala and established a golden era in the history of Kerala where there were no discrimination based on class, caste or creed. There was no inequality of any kind. People lived happily and were prosperous that not a single door was locked as there were no thieves. There was no treachery or debauchery that everyone hailed him as the Lord of the World and he became synonymous with God that it shuddered the very existence of God which made the latter not only insecure but jealous. King Mahabali though an Asura (Demon) was a staunch devotee of Lord Vishnu. The Gods sought the help of Lord Vishnu, the Lord assumed the avatar of Vamana, the dwarf-Brahmin boy and approached the extremely generous and charitable King requesting him for a piece of land that covered his three steps. The King, amused, granted him the request only to be astonished at the cosmic proportion that he grew before taking the steps. The first step covered the entire earth, the second covered the skies. King Mahabali realized that he was no ordinary human being but somebody divine. Since there was no space left to place his third step, Mahabali bowed before him and  requested to place his third step on his head which Vamana did so. Lord Vishnu, revealing himself granted him his wish to visit his land and people every year to check on their happiness. And so we Keralites with all zest and gusto celebrate the 10 days long festival to welcome our affectionate King of Kings.] 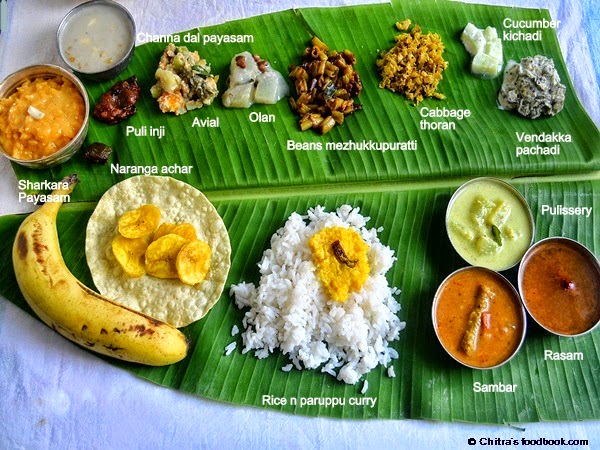 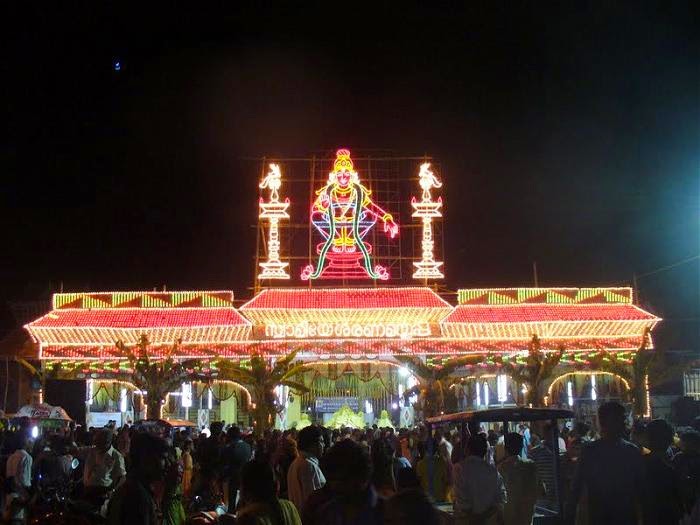 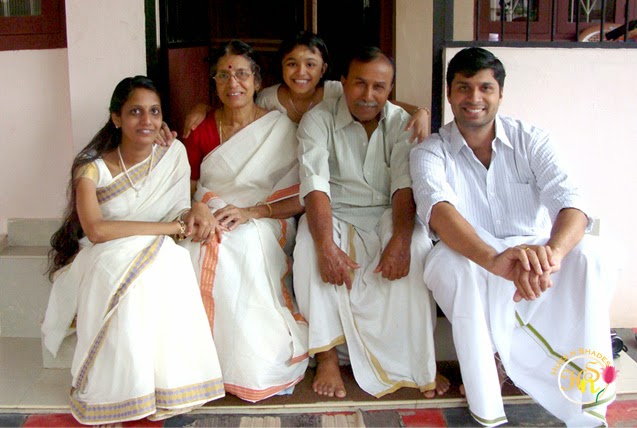 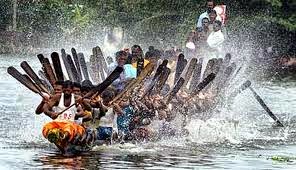 thiruvathirakali (traditional dance by the girls and women of Kerala) 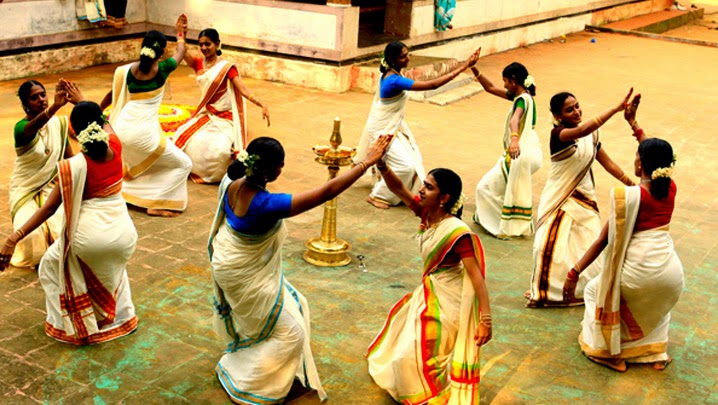 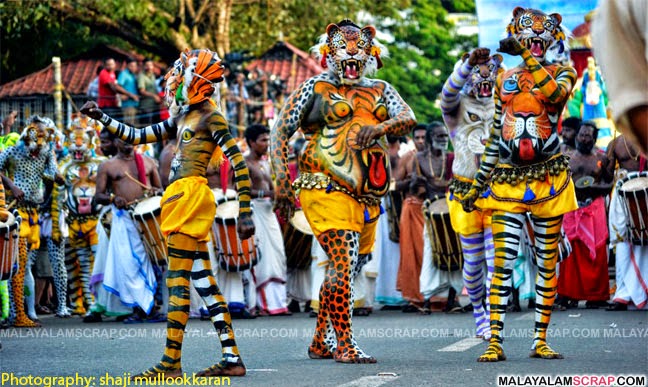 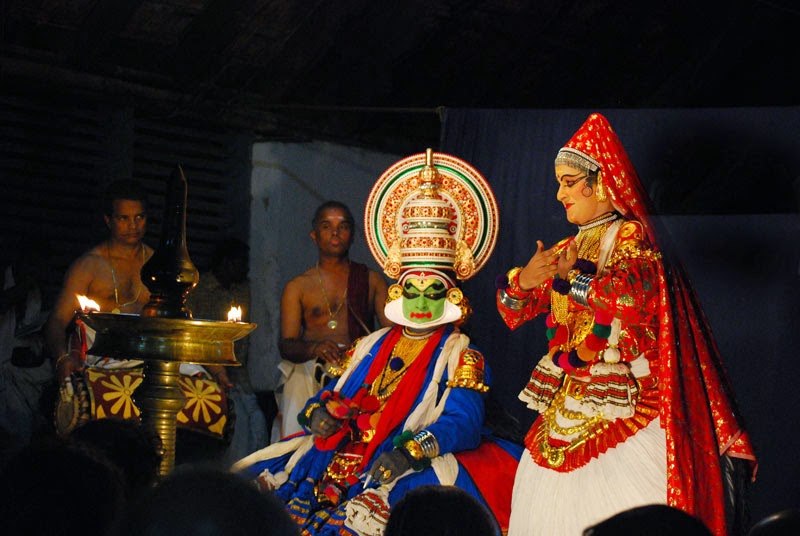 Hoping that Mahabali doesn't get to see what a pathetic state it is now and  feel shattered with what's happening around; all the same hoping and wishing from the bottom of my heart that the world be filled with souls that would want to transform and bring about the reign of Mahabali once again...I wish every Malayali and Mayalayis at heart a Happy, Peaceful and Prosperous Onam.

Linking it to Eva and Kristin's Paint Party Friday :)

A lovely post, celebrating two wonderful holidays. The painting of teacher and student is so beautiful, and so is the family photo :)

Hope the festival is amazing... and thanks for sharing all the photos and information...it is all fascinating...xx

Wonderful post, and I love learning and seeing so many new and beautiful things, thanks! Valerie

I really love that painting. Such wonderful vibrant colours, and such a peaceful setting...

Lovely!
I had celebrated Onam in Kerala some years ago & made Pookalam too!
Happy Onam :)
Enjoy! cheers!

Wonderful post Deepa. I love your traditions and your painting is wonderful. Yes , happy teacher's day to all teachers.

Wonderful images, details and photos... gorgeous family gathering too.
So colourful and the vibrancy is amazing.
Enjoy your weekend

Fascinating photos! We just love different curries in this house! Yes I celebrate teachers too...there is a long overdue horrible labour dispute with teachers and government happening at the moment with no idea when children will reenter school. Sad...

Wish everyone revered teachers the way you do!

Thank you for such a lovely post. I enjoyed it very much. The photos are fabulous.
Nicole/Beadwright

Looking at these photos brings me back to Kerala, Goods own country. I can still remember Onam when I lived there 34 years ago and if I close my eyes, I am there. Have a great Holiday and happy Onam Deepa.

wowow those are beautiful pictures and harvest season means good times for sure for our farmers..

so much color amazing

Beautiful family! And I too LOVE your painting of a teacher and student. It's full of color and life and I love the look on the little one's face.
Thank you too for your sweet comment, I'm really excited for Life Book, xoxo