Kashi Art Gallery is working on a community based public art project regarding women conceptualized and curated by Tanya Abraham with Gigi Scaria, a collateral of the Kochi Muziris biennale. The first discussion took place on 26th of July. It’s a process that would continue until Dec this year. Local women are working on a biennale collateral project, “Can I call you back?”, whereby art becomes a medium of expression and community connection.

Tanya Abraham is a journalist, author and administrator who is the creative director and curator of Kashi Art Gallery, Fort Kochi. She has worked on numerous projects focussing on skills of artists to enhance poignant concepts. She is also the founder-director of The Art Outreach Society, a non profit organization working towards social and individual change using art as a tool. Author of ‘Fort Cochin, History and Untold Stories’ she was nominated for the contribution to the restoration of a historical Dutch building to an economically viable project by UNESCO in 2010. Currently she is pursuing her Masters in Arts Administration from the University of Kentucky, USA.

Gigi Scaria is one of the famed contemporary artists, basically from Kothanallur who lives and works in New Delhi. Gigi Scaria’s work draws the viewer’s attention towards the painful truths of migrancy and displacement. The issue of non-belonging and unsettlement reverberate between the walls on his canvas. Gigi Scaria’s art focuses on issues surrounding the implications of the city’s rapid urbanisation approach. Highly experimental, he works with several media such as installations, video, photography, painting and sculpture. He is also involved with welfare projects and expresses activism through art for social and political change. 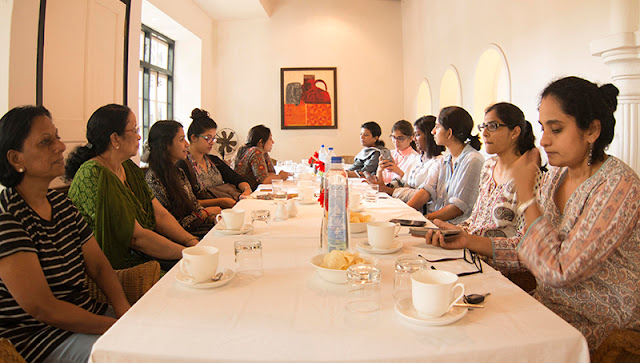 Most of us misconstrue feminism for anti-male. This often distracts and deviates the attention from the genuine issues at hand and ultimately undermines the cause too. While the truth lies in the fact that feminism is just meant to empower women, still the weaker sex in many parts of the world how much ever we may try and be vocal for equal rights in every arena of ‘her life’.  It just means to be compassionate, support, co-operate and uphold one another without letting down the sorority which is the need of the hour, more so now. Instead of ‘toxic femininity’ (as captured in a photo by Tanya from the San Francisco based school bulletin board where her son studies which by the way exemplifies that not even the much-thought-of-advanced-places are exempt from such backlashes and back stabs) we should concentrate on embracing femininity in all aspects of the term. This project of ours is such a venture where we wish to support and care for our fellow beings just by acknowledging their presence, by hearing out what they have to say and make them heard if possible just the way it is; without much ado or drama that life may or may not offer. Some ‘exist’, some ‘try to live’ and some rarely ‘live’. It is only a natural want to live our lives to the fullest and to yearn for what one actually deserves is something terrible and tragic.

The project entitled “Can I call you back?” was aptly gauged by Deepa Anil Sivadas who said that not every call has to be taken and answered. We, women, tend to feel guilty if we do not respond to each and every call. This isn’t fair for we do have a choice to answer, to reject or to call back later. It doesn’t apply only to calls, literally. It is so much more metaphorical here.

Marian Paul, an advocate by profession and as a member aware of all the legalities and the contexts that keep popping up in her career time and again, voiced her strong opinions which were poignant. She is much closer to the happenings than perhaps any one of us. A point comes where everyone has to choose between career and home and that sets the context as to whether she would be valued and respected or otherwise reminisces Marian.

While Devi felt that the institution of marriage is in itself wrong and that the woman should have the liberty to choose whether to marry or not in the first place. She asserted that the marital status of a woman should not be questioned nor should it be the base for a woman’s identity. Sarah mam’s personal tale on “Whose house is this?” (when she inherited her ancestral home) was interesting and made the air lighter. Definitely a breather! (while it must have made one to really think on why a women who “inherits” is someone that society can’t accept or digest)

Yashi and her family’s sense of liberty changed with place which shows the strong hold of the environment we live in, Asiya’s thoughts on a woman always being inadequate wherever she is ( in job, home or anywhere else) is thought provoking.

The most aching was when one them concluded in a line that "I forgot you" after the partition of their property. Minimal, yet all effective in the sense that one could sum up the pain with such grace. I could feel the immeasurable ache in that statement. 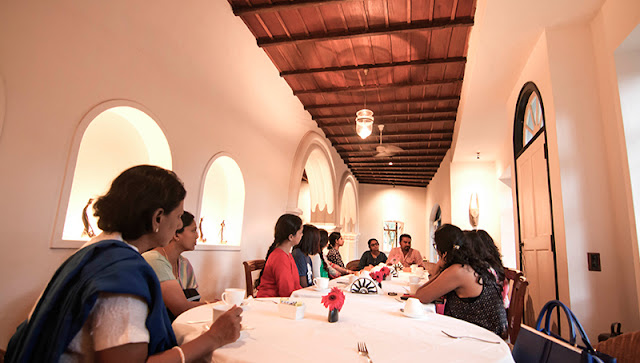 When Tanya referred to the hairline thread of balance that every woman has to face in her life to either strengthen or to give up on something that pertains to social conventions, the way women treat other woman particularly if she is successful and single are all that happens almost every day, gossiped about and yet nothing positive or constructive ever come out or paves way for it. Though Gigi confesses that this is his first women’s issues’ based project his ideas brim with charged vibes already, with definite directions that he wants us to pursue. As he said, we may start with one idea, a solo statement or any particular incident and it could just spread wild and catch up with a whole lot ending up in altogether different zone but ultimately a satisfying one.

I personally feel that women in Kerala are far better off than women in many other parts of India for they do extend their freewill in a way that others cannot. In our society girls are taught irrespective of being rich or poor, at least in these parts. Yet we have miles to travel, I agree. The differences begin from birth and we have to become conscious of our attitude – beginning from the immediate family; father, mother, relatives, friends...slowly and gradually change can be brought about. But it has to be a conscious one. Equality cannot be taught, it can only be emulated. If both the boys and the girls receive the same kind of treatment, obviously it will be passed on in the same manner. What one receives is what one gives. Women are under-rated, under-treated and expected to be submissive even to the extent of being objectified. Only when that image of woman as object is transformed can she herself get to the path of transformation. The responsibility thus lies on the shoulders of the entire society – each and every member.

This is definitely an open-ended discussion and a lot can happen, be unearthed and unhappen... so we are open to suggestions, personal stories and everything along those lines. We are in the process.

What an amazing program. I think if I had been there, these women would have brought me to tears. Our country here in the USA is so different from others and in some way very similar. genie

Wonderful initiative! Power to you all!! Best wishes!

Great Initiative ! Kudos to all! Looking forward to the outcome at the beinalle collateral.

Great Initiative ! Kudos to all! Looking forward to the outcome at the beinalle collateral.

Wishing you and your team all the Best for this great initiative.:)

This is the way to do it. Great initiative.