Visual poetry as the name suggests is visually appealing, probably the first thing one would notice before the text. That makes poetry all the more exciting, I guess. There is of course double interest in the written words and the intentional form that is mostly based on the theme. It could be a recognizable pattern or a free form that could range from poems exploring handwriting, scribbling and scrawling, abstraction and illustration, mathematical equations, asemic and pansemic writing with invented scripts, xerographic pieces, material process, colour and collage, crossings out, forgotten notes, found text, interaction between paper and pen-ink, geometric poems, inarticulate poems and minimalism and the list may go on. In short, it is something like raw poems or Poem Brut. It’s more experimental in nature and your imagination can run wild creating all sorts of patterns/forms with concrete words using different typography as well. There’s a play of intermedia as well in the current times with digital formats being available and made easy. You can see earliest examples in the Metaphysical poet, George Herbert’s “Easter Wings” and the radical experiments of e e Cummings poems like “In Just” etc. The movement is said to have drawn inspiration from Dada and Surrealism. One can see examples in the works of Joan Miro’s “Le corps de ma brune” (1925) and Piet Mondrian's incorporation of Michel Seuphor's text in “Textuel” (1928).

My inclination here is more towards Asemic writing as of now. As mentioned it’s more of an invented script, an impression or shadow of the conventional writing personal to the poet but having an effect on the reader all the same. It’s a kind of pseudo or mock writing like what the children do even before they begin to write actual words. We see them do it all the time, it’s natural. Some even have pictograms and ideograms in it and the meaning isn’t rigid. It’s open to interpretation and each interpretation can be the perfect one. The most important aspect is that it is not bound to any language and the knowledge of a particular language is not essential to understanding the writing. It’s beyond all those barriers and yet able to relate to words and meaning. It bridges the void where words fail. Simply put, it is something you can’t read. There are calligraphers from circa 800 CE like Zhang Xu and Huaisu who have practiced illegible writing; it is not something that sprung up in the modern times though the variations and mediums have just widened beyond belief. 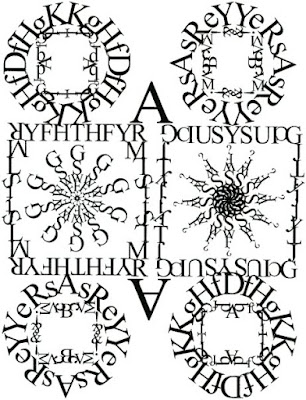 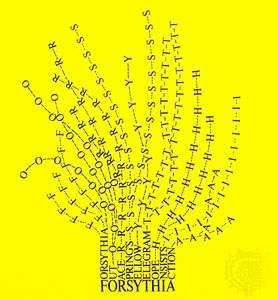 Man Ray, Kandinsky, Henry Michaux, Max Ernst have all experimented asemic writing at some point of their creative career.

Michael Jacobson’s blog TheNew-Post Literate is an impressive treasure-trove of Asemic writing. I read about him at Asymptotejournal. Some Asemic writers/poets include Tim Gaze, Geof Huth, Erik Belgium, Michael Jacobson and many more. I am just starting out and new to this scenario and have a lot to learn about the people and the works here. So please excuse me if there are important omissions but then do let me know so that I can include it as well. 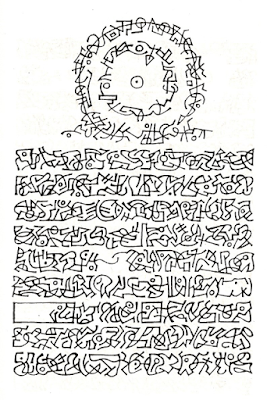 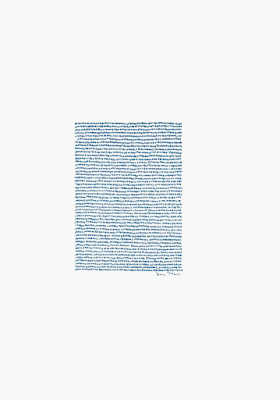 Now that you have a general idea and a sense of what this is all about, let me show you a couple of works that I did. I can not share my favourite ones here though as I have submitted it elsewhere. These are the most recent ones from my booklet project (the second one). Glimpses from the first are on my Instagram. I took these pictures while the sun was setting and I loved the shadow it created through the glass door. What do you think? 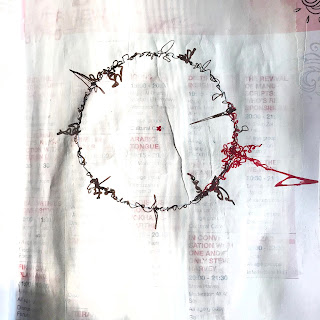 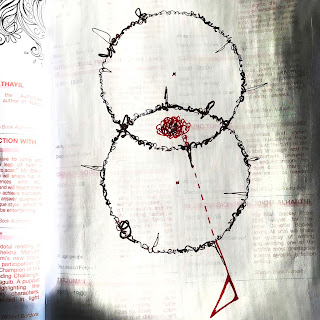 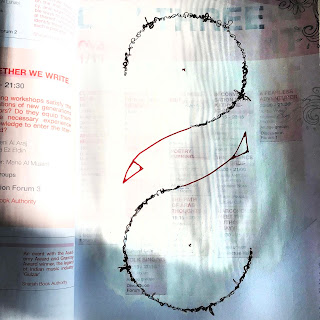 These two are from my first booklet: 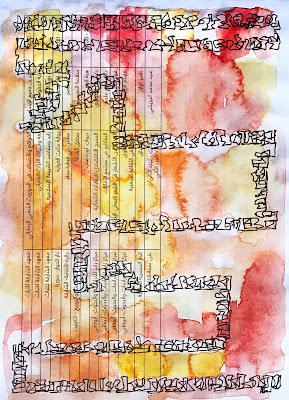 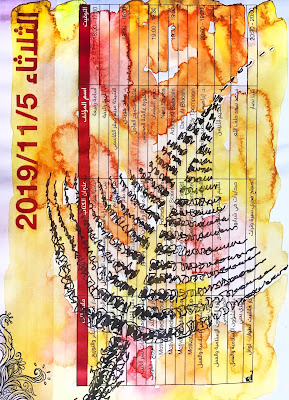 So, have you heard of Asemic writing/poems before? What do you think of it? Do let me know your views, thoughts and ideas.

Learned something new today. Some of the featured works look really pretty and interesting. Thanks for stopping by my blog and commenting.

Wow, very new for me.

I was recently interviewed by Burak Ş. Çelik about asemic writing and related matters.
The interview is published in the 8th Issue of Buzdokuz Poetry Theory Criticism Magazine, which is out now.
buzdokuz.com

Thanks so much. This is exactly the same information. which I was looking for .Turkey visa for Americans is a visa which is made specifically for American Citizens. It is very helpful for all the American citizens.

Wow! I have read your article and it's so good I will share it with family and friends. I just informed the travelers who want the Turkey visa for UAE citizens that it is easy to get through the online process. Travelers who wish to travel to Turkey can apply for it.

I have read your article which is so amazing and easy to read & understand. I hope your audience enjoys it. Passengers who are willing to wish Turkey and want a Turkish Visit Visa can visit the website for applying online.