Sketches, Scribbles and Drawings by K.G.Subramanyan

K G Subramanyan is a name to be reckoned with versatility, wit, satire and innovation in art. He is a painter, sculptor, muralist, print-maker and a designer. He is also a well-defined poet whose personal verses are more attractive than the famed poets themselves. Even at the age of 91 and being restricted, he is ever willing, agile and committed to his passion. I had the opportunity to see over 100 sketches, scribbles and drawings of eminent KGS at prominent venues – firstly at India House (Indian Ambassador’s Residence), Abu Dhabi and then at Sultan Ali Al Owais Cultural Foundation in Dubai which is a dedicated to art and culture in and around the region. The show was called 'Sketches, Scribbles and Drawings by K.G.Subramanyan.'

It was organized by Collage Communications in association with Seagull Foundation for the Arts based in Kolkata. Thanks to the team for bringing such an amazing talent within our reach; for the art lovers here in the U.A.E.

Along with the artworks there were also books by KGS - his art, his studies, his views and interpretations, children's books etc. 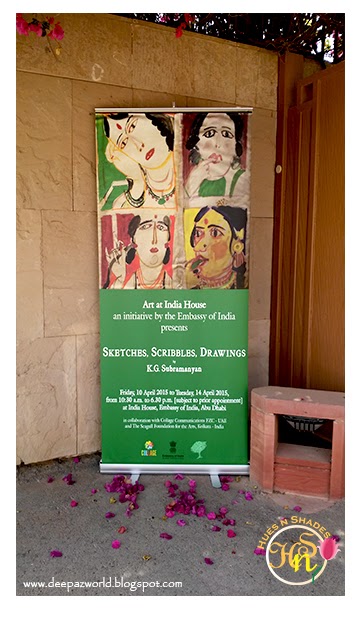 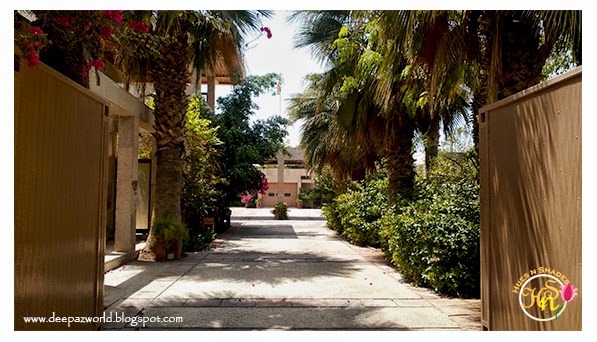 We were welcomed with warmth and cordiality by the Ambassador's wife, Mrs. Deepa Seetharaman. I was really touched by her grace. She certainly appears to be a connoisseur in art and that reflects in her aesthetic decor of the home and a personal collection of art books that were laid out along with the exhibit. 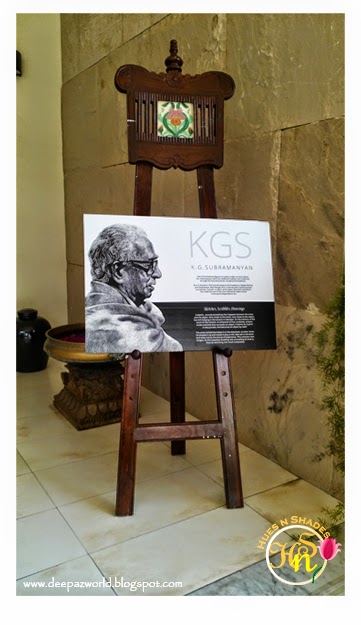 Born in Kerala, educated in Shantiniketan and currently residing in Baroda, KGS has been awarded Padma Shri, Padma Bhushan and Padma Vibhushan. He has been influential name in India’s art and design world for the past five decades. 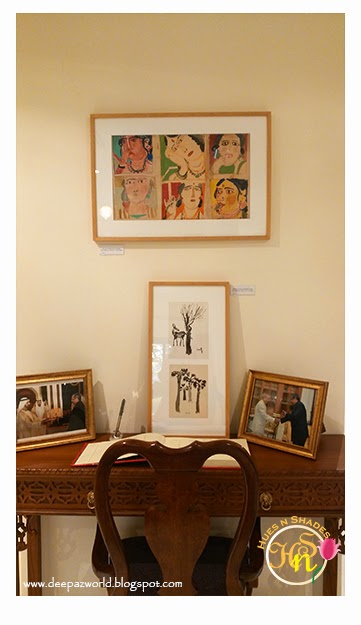 The sketches begin from the 1960s, progresses to drawings in the 1970s, black and white sketches, scribbles and brush work with a major Asian influence in the 1980s, advances to nature and figure studies where one can see the Western influence and then to the current works with gouache which are just a couple of months old. 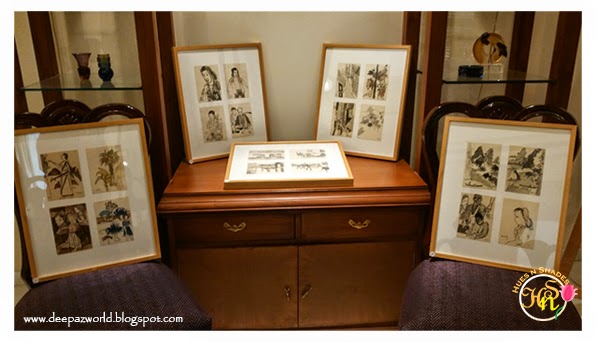 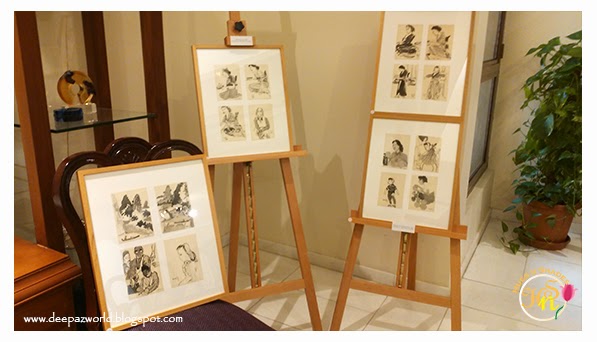 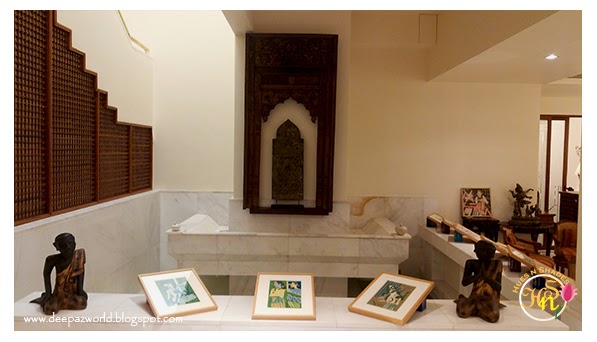 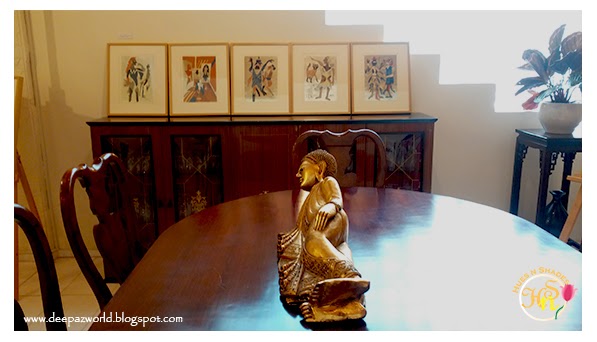 His reverse painting on mylar sheets is something I admire more for their ingenuity. I love the way he incorporates traditional devices into his art and ultimately makes it his own. There is also a huge number of his works (apart from black and white sketches, pens and crayons) that burst with the joy of colours particularly his gouaches. Though not a learned expert in art, I found an influence of Kalighat style in his paintings. All the same there is this cosmopolitan language that he speaks too. To me, his art definitely can’t be restricted or compartmentalized.

According to KGS, from what I understand, one need not limit oneself to just western or eastern tendencies but rather one can definitely merge them and use it according to one’s taste taking it as metaphors. The best thing about him is that he doesn’t resist change and he moulds according to the evolving art. I would have loved to see his magnum opus, ‘War of the Relics’, which unfortunately couldn’t be brought in for the exhibition due to technical reasons.

The pictures below are from Sultan Ali Al Owais Cutural Foundation Gallery in Dubai. It's a major space with ample area and lighting and the works looked different in a different environment. KGS show is a travelling one as they are exhibiting in various parts of India and the Gulf.

I also happened to chance upon my FB friend and Dubai based artist, Atul Panase, and it was an immense pleasure talking to a humble and down-to-earth artist. :) 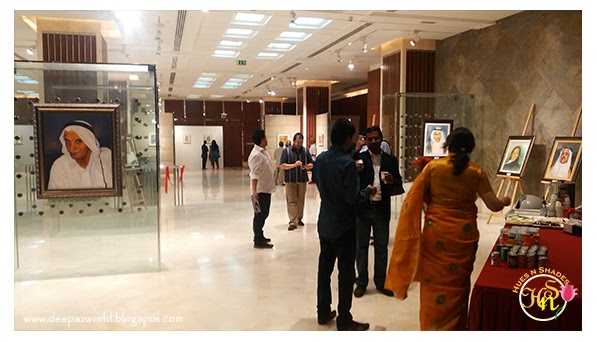 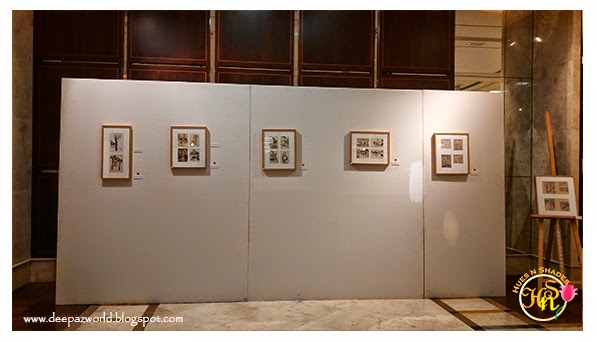 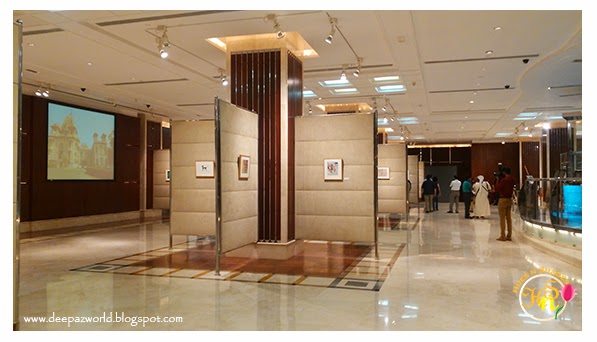 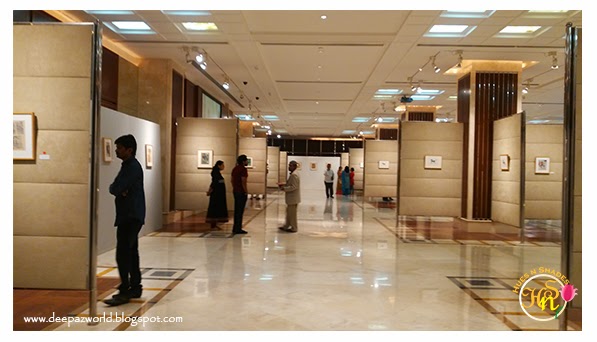 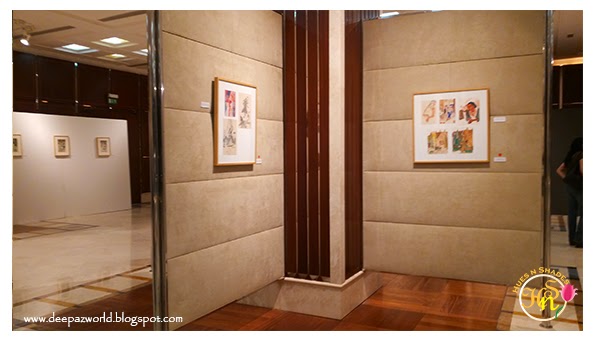 I would like to thank Mrs.Mini.S.Menon, a partner of Collage Communications for posting the event information in FB and to Mr.Ramachandra Babu, Senior Illustrator-Gulf News (whose wife Mrs. Beena Ramachandran is also a partner of the autonomous firm, Collage) who invited me to the show. I would also like to thank Mr. Krishna Kumar of Collage Communications (and his better half, Mrs. Suma Krishna Kumar who worked hard to make it all possible), whom we met at India House, and who invited us again to the Dubai show. To sum up, it was indeed an amazing experience to see in person the art works of a legendary artist of our times.

I have never heard of him before, but he seems to be a man of many talents. Thanks for the introduction, I will look for more of his work. Valerie

Age 91, Oh my gosh, what an artist even today. Thank you for sharing. Thanks for the visit. Blessings,Janet, PPF

Fascinating! I wasn't familiar with him, so it's good to read about his exhibit. Blessings!

This looks fascinating. Combining the art of both east and west sounds very exciting. I am always attracted to the rich colours of the east. Western artists often seem too reserved in using bold and often clashing colours. I will do a further delving into the artists previous work. Thanks for your wonderful comments earlier.

Wow, lucky you to see such an exhibit. From what I could see in the photos these pieces are beautiful. I love how you show us Indian art because it is something I know so little about.

Thank you for sharing of this exhibition, the story, the photos. Interesting to read your recension. Thanks for droping by!

Thanks for sharing this post. Very nice. I was worried about you and your family. Are you in Delhi? Hope you are okay. Prayers to all the people. Let me know how you are please.

I always love and admire people that can stay passionate even when they're very old. He sounds like an interesting person, and I'm sure it was an amazing experience seeing all these works!

This is such an inspirational post!! I wish the photos were a bit bigger so I could study them. However I will google this master!! He sounds amazing as does his work... Thanks for sharing such an interesting artist!!

I agree with the others above, it is fascinating to see a different type of art (to me) and to know that one can keep making art when we are (even) older.

Thanks for introducing this amazing artist. Imagine being so alert and active at 91.

Thank you for the grand tour.

awesome sketches... thanks for the tour :-)

Wonderful art! Liked your guided narration. Thanks for such an experience! :)

The paintings look beautiful Deepa and it seems a wonderful and inspirational tour ....
The small centerpiece also looks amazing ...:)