Last week I took a trip to Ahalia Heritage Village, my second after almost a year! There were quite exciting changes in there with some delightful additions around the campus. The first, most noticeable one, of course was the windmill! None can miss that!!! It's gigantically huge and I was totally enamoured by it! 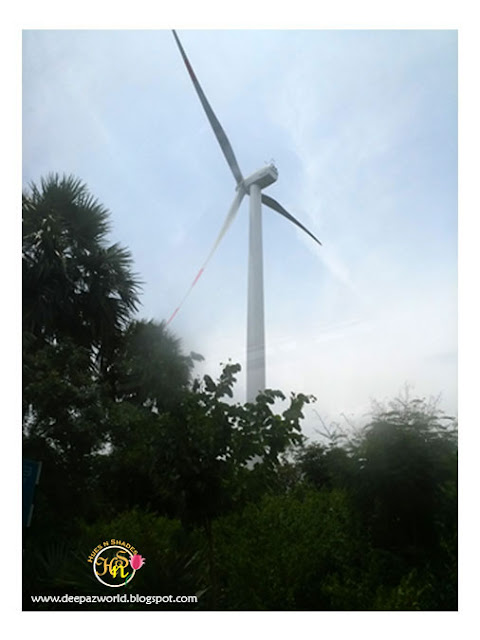 Not a clear picture...doesn't justify its enormity!
Took it from a moving bus...

If you haven't read my earlier posts on Ahalia...Read it here and here for you need to get an idea of the immensity and idyllic environment I am talking about.

It's always a pleasure to be in the presence of Devan Sir who is by the way an incredible human being as he is an incredible artist. We then drove to Ahalia Heritage Village as the bus takes us only till Ahalia Eye Hospital. The campus is enormously huge! I was honoured when Varma Sir, also joined us inspite of his migraine. It expresses their hospitality and I am so grateful to be at the receiving end. Both Varma Sir and Devan Sir are the inseparable elements of Ahalia! The warmth they, as well as each staff, emanates beaming with cordial smiles is something that would gratify any visitor! We did have a fruitful talk and discussion on very many things related to art and artists. I always enjoy such zesty vibes when there's so much art around!

The Kerala murals that were in progress during my last visit had transformed and were in its full glory; enticingly appealing! 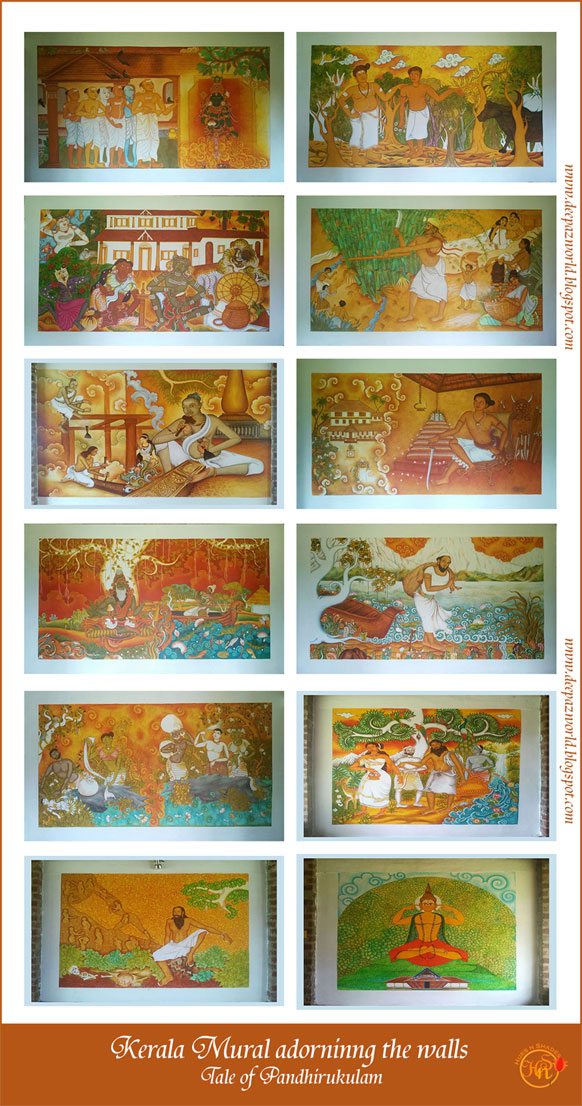 There was also a Granite sculpture workshop held sometime back with skilled artists from all over India and their creations have been placed appropriately. It needs a little work with the completion of the base; Ahalia intends to form it as a sculpture garden which I personally believe would take it a new level. About those, may be in a later post once they are all set up!

The main idea, however, behind my trip was to see the works of the women artists' who had created some fabulous work in the last week of August from 19th to 25th. The occasion being Ahalia Women's Painting Camp; with thirteen artists from various parts of Kerala. They were each entrusted with a female mythological character beforehand; to create what they envisioned of their character. Almost each one of them had accomplished well! 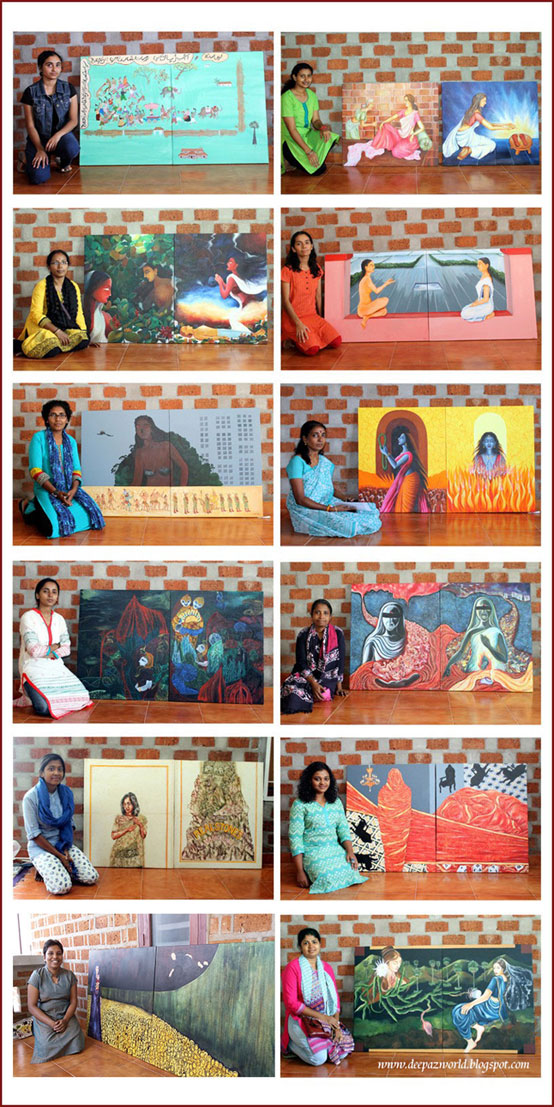 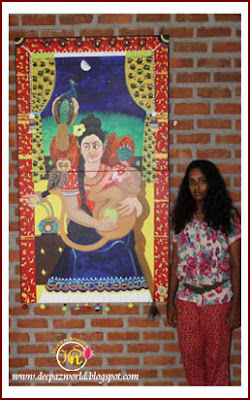 To get a good view of Ahalia, one needs to place it this way :)

Varma Sir did mention that probably it's the first time that a workshop/camp on female mythological characters had been done by women artists. The workshop, however, seems successful with the versions the artists' have created. Each one has a unique narrative style and their interpretation stays true to the character they have been assigned with. The details some artists' have laboured on with finesse caught my eye... particularly Mithra, Sreeja, Jaya and Chitra.

While landscape seems to be the major preferred layout, Anupama and Himahari have tried the portrait one and that stands out too. I was reminded of Frida Kahlo and the Mexican style when I encountered 'Tara'; it does have a folksy touch to it. Devan sir mentioned that it was Mithra who has been portrayed in Himahari's painting as 'Tara' as they shared a strong bond of friendship in the camp; it's such tidbits that really adds warmth and color to the story! Agree?

It was, nevertheless, extremely difficult to choose a favourite as each one had some element that attracted me towards it!!! ...Perhaps 'Tara' stood a wee bit ahead with it's folksy touch as my friends who know me will gather it! ;)

Voicing the concerns of women from time immemorial, one can see the plight of women hasn't changed much over the centuries. Anguish and endurance seems to be part and parcel of a woman's life. Though one can find changes in several arenas particularly in the work field, 'She' has miles to travel to reach what 'She' can rightly term as 'liberty' in it's truest sense. All these female characters are epitome of endurance; their life was one of sorrow and sacrifice they willingly accepted for the sake of their better half/loved ones.

Artist Leena Raj questions as to why there is no change in the attitude of society towards women's issues, "It is still the same as it was for Surpanakha where a ruler like Rama humiliated and tortured her just because she fell in love with a man she desired." (from Times News Network article)
That set me thinking...doesn't it?

Disclaimer: This is not a sponsored post. The views expressed are my own.

By the women, for the women, of the women... and who else to capture all the brilliant art than you, Deepa! The paintings are not only visually appealing but hold within them myriad thoughts that color the position of women in the society. Hats off to all the artists and their unique creations, loved the version of Ahalia!!

What a wonderrful concept and what beautiful pieces of art ! Amazing. It's like that shloka about prabhat-smarneeya females of Indian mythology ...

A lovely heritage village with such nice work of art. Thanks for sharing Deepa.

Wow! Great collection, Deepa. Like to know about Padhirukulam. :)

Beautiful art.Hats off to all the artists.Thanks a lot for sharing.:)

WoW Deepa, well documented and presented. Thanks a lot for sharing.

Wow -- those murals! Love the style and the colours!
The work done by the women at the camp are also lovely and interesting. I remember your post on Ahalia. I'm sure there is so much to see, there.

Indeed awesome images and crative work. Deserves all the accolades...

That is incredible.. WOW

awesome work done by each one