Coming Home to eARTH: Space.Line.Form co-authored by A V Ilango and Srivi Kalyan was hosted yesterday, 13-10-2015, by Embassy of India (U.A.E) in Embassy Auditorium, Diplomatic Area, Abu Dhabi. The event also features an exhibition of selected works of artist Mr.Ilango.
His Excellency Mr. T.P. Seetharam, the Ambassador of India to the UAE, said: "I am familiar with A.V.Ilango the artist and his wonderful artwork for more than ten years. I have been fascinated by the manner in which he is able to capture not just form but movement so vividly through his lines and strokes. This book serves to share his talent and skills to all art lovers and practitioners across the world. I wish to compliment  A.V. Ilango and Srivi Kalyan for having brought out a book that inspires and educates all of us and generations to come." 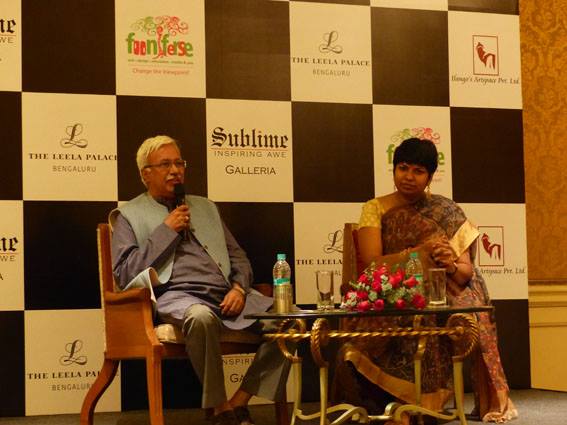 The book ‘Coming Home to eARTh: Space. Line. Form’ looks at art as more than a form of creative expression and communication, rather exploring it in the traditional Eastern philosophy of being a mode of transcendental experience. In her preface for the book, Dr. Geetha Narayanan, Founder & Director of Srishti School of Art, Design and Technology, Bangalore, said: "Both Ilango and Srivi Kalyan have pulled off a coup as this book revives and rejuvenates without being prescriptive or parochial and will make a valuable addition to the bookshelf of the discerning seeker." 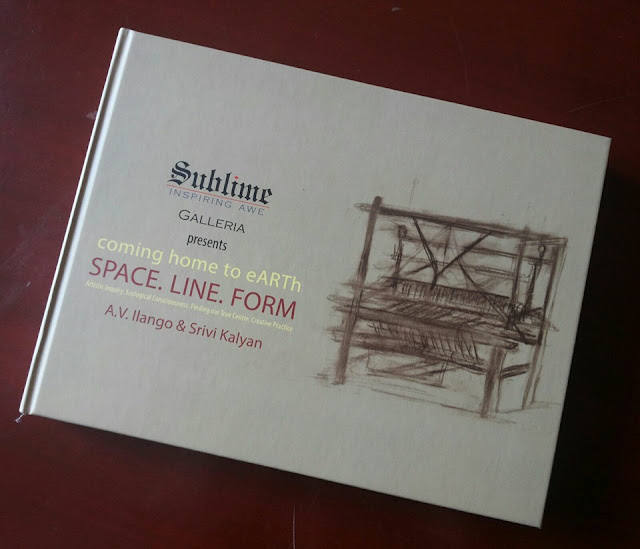 A V Ilango is a Mathematician turned self-taught artist who has explored not only the picturesque setting of his hometown, Gobichettipalayam, with a colourful palette that were inspired by the daily life and festivities but also by the somber, dismal and melancholic hues of the suffering, engulfing city. His works are varied and range from series to series offering a wealth of colors, lines and forms. Ilango's Art Space started in 2004 acts not only as his studio but also aims to nurture the young talents; based on their aptitude and sensibility. He believes in "Art lets you be in the now" and follows the traditional 'guru-sishya' pedagogy.
According to Mr.Ilango:

“I am fascinated by the form on the space.
I go with them on a voyage of discovery
to understand their complexity and simplicity.
Finally, I see things existing
in the purest of forms.
Space and form are interwoven,
merged into one another,
until the original form becomes
intangible, imperceptible, sublime…” 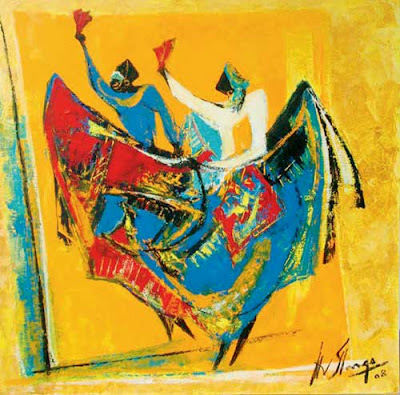 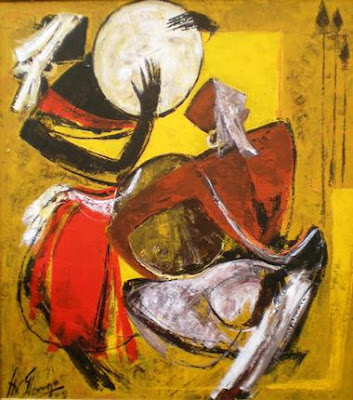 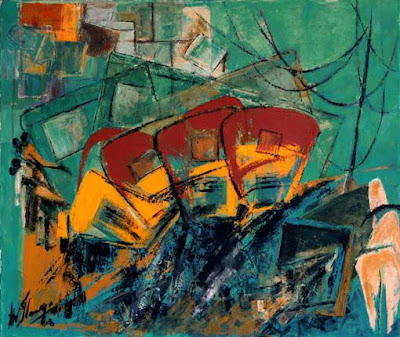 Srivi Kalyan is an artist, writer, educator, dancer and an activist who founded Fooniferse Arts, a hub for people from diverse fields to use arts as a way to collaborate, redefine and act on innovative solutions for some of the social and ecological issues the of our times.
In her own words:
"Each of my collections is an experiment in 'consciousness'. Whether I explore through mythology or free form, through color, line or abstraction, I find, that within our common human memories, lie deeper paths than what we encounter on a daily basis. And these paths have led me to appreciate the capacity of the human frame to delve into states of being that are at once a vibrating energy source and a deep awareness of living.

And yet unless we delve into these un-mapped paths with compassion as our compass, and love in our being, it wouldn't take us long to get lost. Yet, discovering our abilities to evolve, and transform ourselves is indeed the greatest gift one can have.

To that end, through creating art, inspired by philosophies, music, dance, poetry, deep reflection and the nurturing earth, I find the lovely companionship of throbbing energies in space, in the form of people and other living beings, in abstractions and in silence." 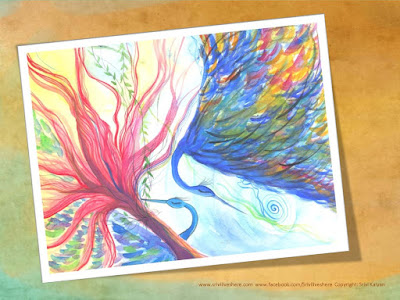 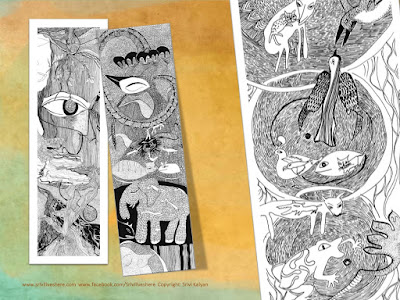 The Embassy of India in U.A.E has been supporting arts and artists with abundant zest for the past two years opening their cozy and resplendent spaces as exhibit homes for both established and artists trying to make their mark.
Thanks to Krishna Kumar Sir of Collage Communications for the invite to the occasion. Though I couldn't be present personally, I was there in all spirit!

It is really great to hear that Embassy of India in U.A.E is helping new talents and artists. A very nice post with all the important info and relevant pictures, nice post Deepa :)

Isn't it awesome to see mind of math turning into mind of art....not to say that they are exclusive.....those lines are so beautiful in the way they express the excellence of art as a form of putting across one's mind and perception.