When the lamps told the tales

When we reached Puthiyangadi in Kozhikode, the GPS indicated as 'reached' near a lane while my sister-in-law and I looked around baffled as there was no sign that mentioned a Lamp Museum. We asked a person in the nearby shop and he looked lost. So we walked towards a quiet lane and saw “Deepa Kripa” where a lady was combing in some coconuts with her hands that were laid on the ground for drying and a man walking around with something dried coconuts in hand. That turned out to be Deepanjali Lamp Museum, the one and only lamp museum in India, and the man was the owner-Director, Mr. I.C.R. Prasad. We reached there without an appointment as we somehow missed the number but Mr.Prasad was kind enough to take us in though he kept repeating that he takes visitors only on appointments to our now-flushed-faces. 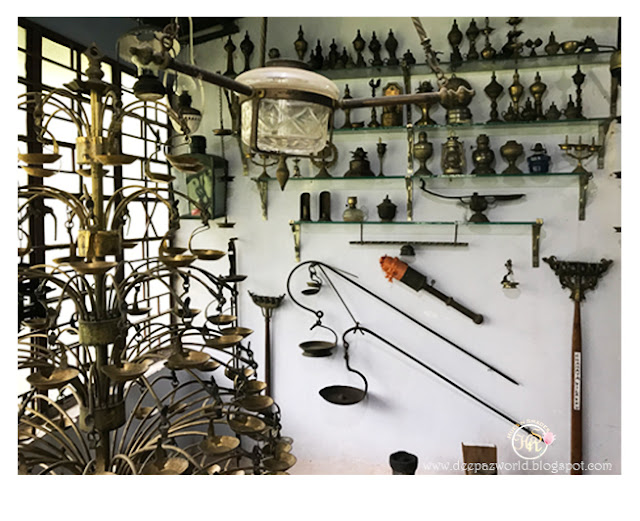 When a lighthouse engineer travelled around states that bordered the oceans he was enamoured by the light these simple structures, silent sentinels shed inviting people to safe shores. Lighthouse has always been a symbol of hope, vigilance and stability warning us of rough waters and counseling us to be alert. It was his love for light that resulted in his collection of lamps from all around the world. It has been more than 20 years and still counting. Though opened only 6 months back in his own residence, he has travelled many places in search of unique lamps with history and stories to tell. His abode is one treasure trove of such stories that each lamp has got to narrate from the 17 century onwards, be it the very old, traditional lamps from Kerala, the colonial ones, or from various parts of Europe. The first of its kind in India, it definitely serves the purpose of shedding light on the history of lamps and their evolution. 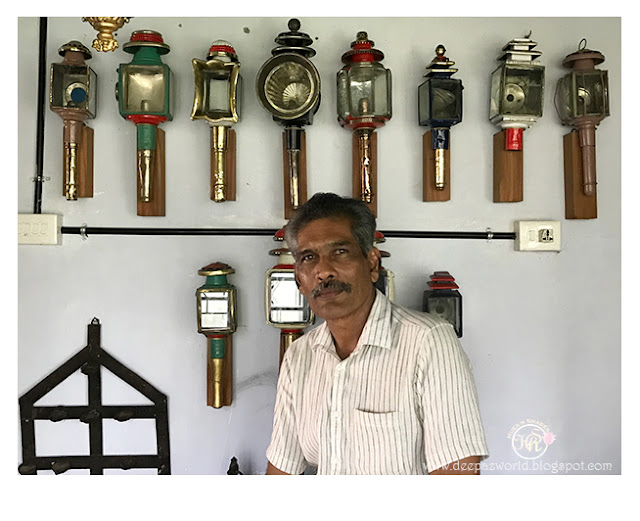 Every nook and corner of his home is filled with these curios of yesteryears and everything else from the outside seems alien, out of place and out of context here. From the photos, you can make out that it’s cramped with lamps, lamps and many more lamps. According to Mr.Prasad, this is a temporary home for the lamps as he would like to have a permanent lamp museum of his own and he also mentioned that though there are some lamp museums in Europe and elsewhere this is one of its kind in India. Being a private museum/collector has its constraints in space, arrangement and maintenance yet it is done so passionately that every other drawback can be overlooked.

One can see lamps carved from stones to metal ones of the recent past, holding ones to the hanging ones, from the buggy ones and ocean ones to the places of worship and everything in between. There are of course some lamps that caught my attention though, from these innumerable myriad ones. When asked how many lamps he has, Mr.Prasad smiled and replied that doesn’t believe in counting “his children”. He believes in quality and not quantity he added after a pause and a smile. 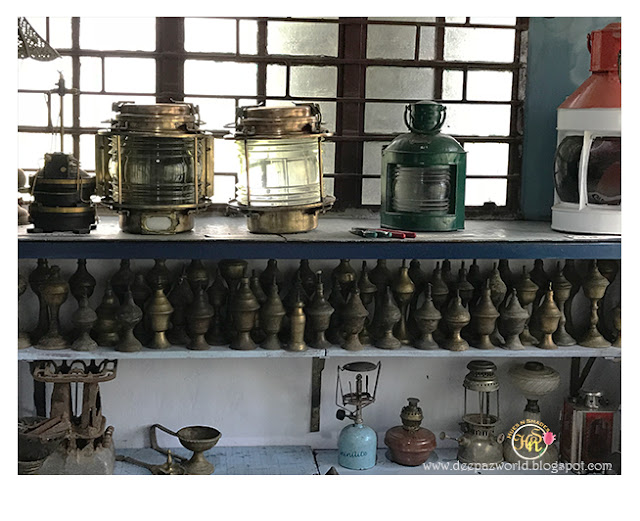 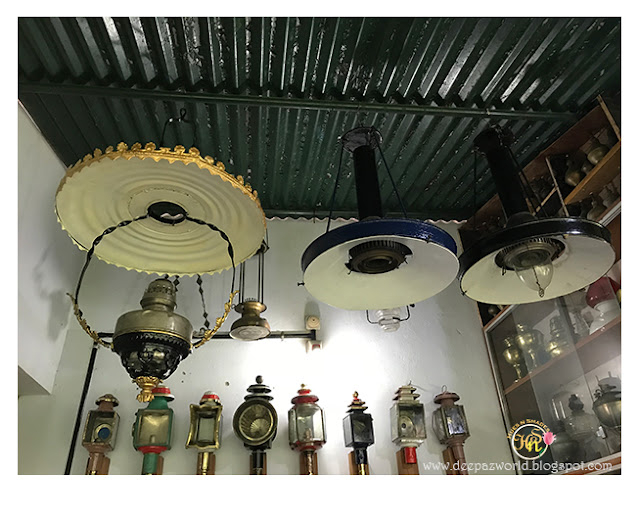 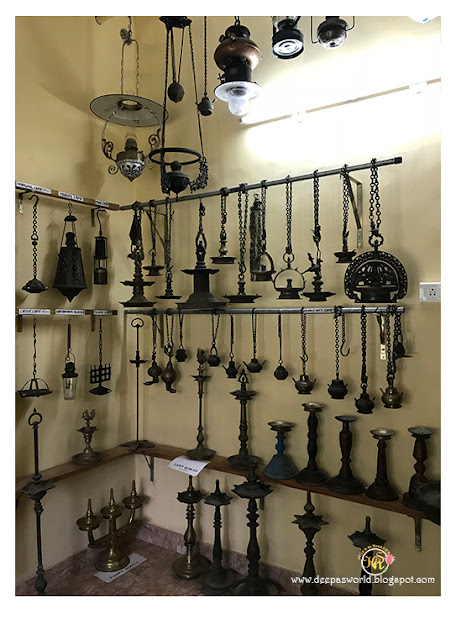 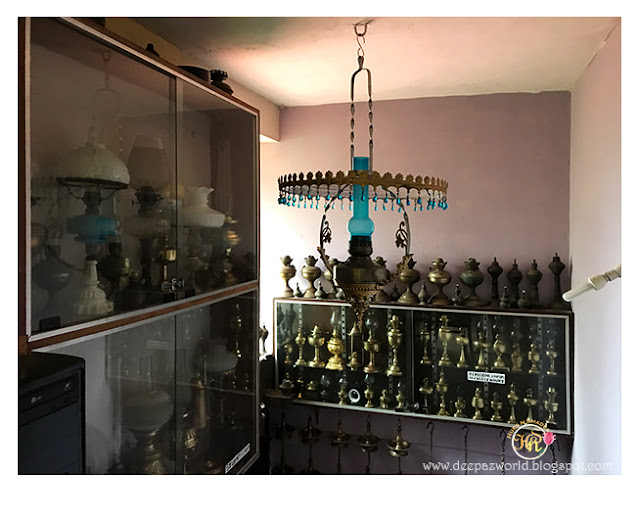 Tales of the Lamps

In the olden times, the fire was precious and very few ancient households had a place where they stored and safeguarded light which made them powerful in a way. Mr.Prasad remembers a few times when people had gone to get light (they would borrow the flame) from such affluent households that had a lamp lit at all times for austerity and prosperity according to their belief. It was termed ‘kedavilakku’ (the Eternal lamp). It was a lamp with an oil pot, and a spoon to refill.

There was a time when the Namboodiris went out on their nocturnal visits and their lamps were hung as a sign to let others know that they were in. It is French in origin and later on people even used long water glasses, and embellished and modified them with filigree rims and hanging chains. There was also the mine lamp specially designed for the purpose of miners who worked underground. The Sun-Moon lamps were one of the earliest when the people worshipped the Sun and the Moon and then later on they were incorporated into their lamps along with the Holy Cross of the British-Dutch missionaries who came to propagate Christianity. One can also find impressive works of the Islamic lamps; the one that caught my interest had small scissors and hooks to pull up the wicks and an extinguisher of a knob-like form to put it out when not in need. We saw Persian and Mughal lamps to tribal lamps, there were also chandeliers from different eras to the petromax which actually is the name of the company that made them (so we learned). There were also guiding lamps used in ships and boats to incandescent lamps. 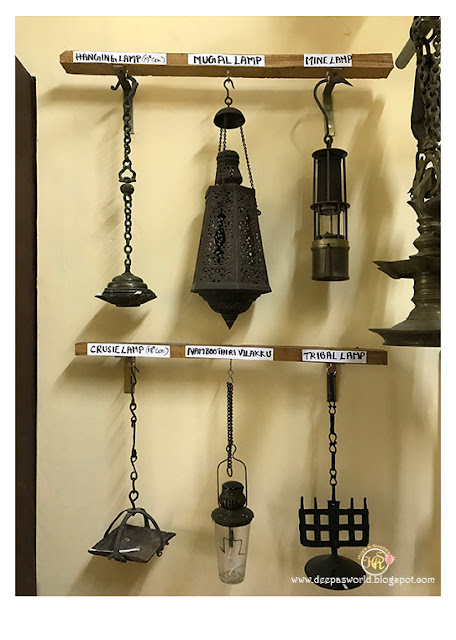 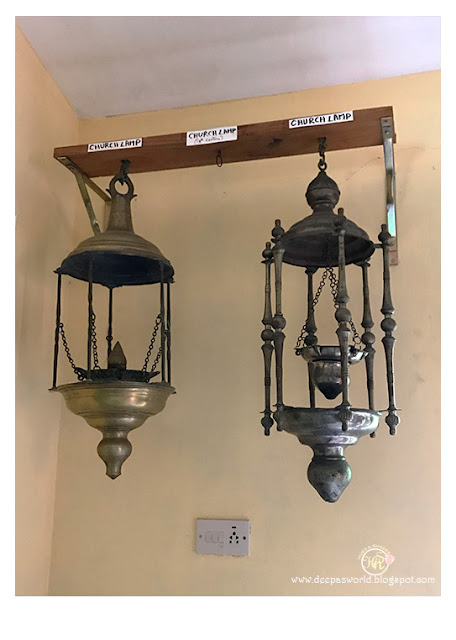 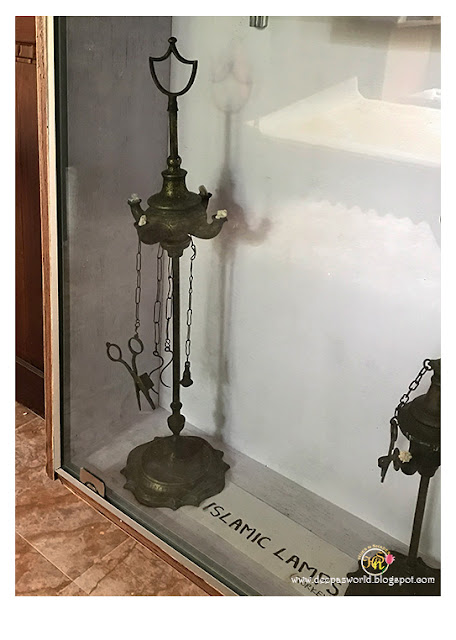 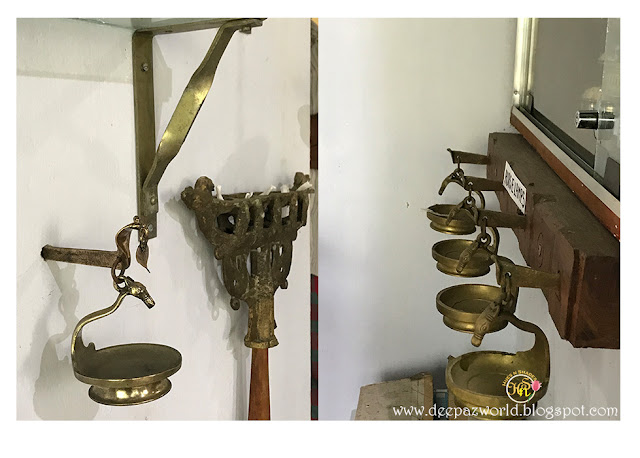 The best way to know more would be to visit the place. Deepanjali Lamp Museum is in Puthiyangadi, Kozhikode, Kerala. Mr.Prasad is a pleasant host and would appreciate taking an appointment prior to the visit. Saturdays and Sundays are off. Timings on other days are 9 am to 4 pm. There is a nominal fee of Rs.25/- You could contact this number for an appointment – 09400491691. 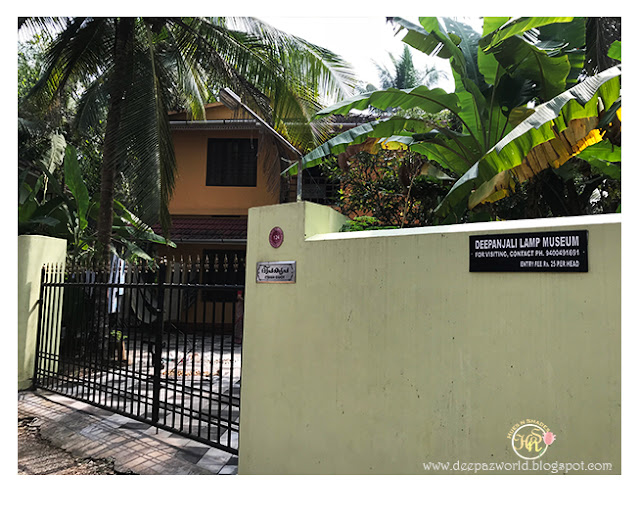 This is an incredible collection. Thanks for sharing this.

Wow, thanks for introducing us to this gentleman and his collection. Pictures are beautiful.