On both the earlier days I couldn’t ‘see’ books and bookstalls…I could meet only the authors. So on Friday(25-11-2011), we made it to the bookstalls, drifted around devouring the titles and pictures of the various books and wishing to own this ocean of mesmerizing Other World of letters. I bought some for my litlun but couldn’t get one for me…the place was thronging with feet and voices.

My husband who is very much interested in Malayalam Lit noticed that some big shots were to adorn the Dome that day. So we purchased their book and rushed to find a place for ourselves. As few minutes passed, there was absolutely no place even to stand except near the dias.

Mr. Mukundan (a leading Malayalam novelist) along with Mr.Benyamin (a young Expat/NRI novelist from ), Mr.Ramanunni (A Banker/Novelist) with Shajahan Madampat, a critic, commentator and writer graced the dias. Each one of them addressed the audience and spoke of their latest work. I feel each one would be a Best Seller from what I heard. There was also the launch of Delhi Gathagal ( Tales) of Mr. Mukundan. 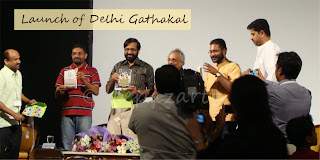 Mr.Ramanunni spoke eloquently and interestingly regarding his book, Jeevithathinde Pusthakam (Book of Life), with catchy words and phrases, asking for our attention and not letting us divert even for a second. Benyamin, the young and the dynamic, an NRI himself threw some insight into the world of NRIs which was so common in this part of the world. He mentioned few instance from his latest book, Manhaveyil Maranangal (Yellow Shadows of Death) Both these books I feel is pretty interesting. While the former was out of stock when I asked for it, I got hold of the latter.


The Question-Answer session with Mr.Mukundan was a good one. I understood how down-to-earth the great writer is. His simple style when he spoke, spoke volumes about his personality. He has spent several years in and that’s where the book Delhi Gathakal originated as the name reveals.

A young poetess was also introduced after the crowded dispersed for the book signing so I couldn’t get the name of her work. She is Heba, an eighth grade student. I couldn’t get any other details but managed to get a click though. A Budding Poetess! Best of Luck HebaJ 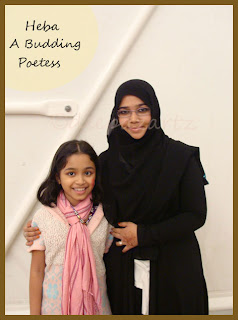 My daughter, Lil A and Heba

Ps: Thank you for adding my story in your site…and Letting me know about it RupertJ

Finally, Thanks to Mr. Suresh Kavassery for submitting my work to the OICC (Overseas Indian Cultural Congress) and Thanks to the OICC team for selecting and publishing my work in their magazine. 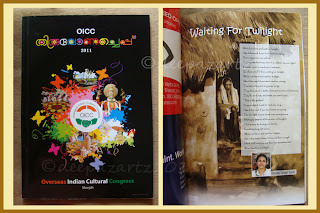 Have a Wonderful Day, My dear friends...
See you soon.

must have been exciting!

hearty congratulations in getting your work spotted and published in various sites!!

Oh my goodness!!!!! Such excitement! Looks like it was a very stimulating gathering.

And WOOOHOOOOOO!!!! WOW, a huge congratulations on getting your work published! That is fantastic and makes me want to get up and dance!

Aww, thank you for posting Lil A's photo. She is such a glowing beauty with a radiant smile, and what a great opportunity to be photographed with a budding poetess. BIG hugs!!

Deepa, I am happy to nominate you for a blogger award. Please visit the link to know more http://nishdil.blogspot.com/2011/12/award-for-me.html
Regds,
Nisha

@ Deepak, Thanks a lot!Pretty exciting, yes!

@Dear Bella, Thanks a lot for the joy extended...it made me want to dance as well:)))Indeed I will pass on the hugs to her and so is your warmth:))))

@Thanks Rajesh for ur inspiring words.