Alserkal Avenue, named after its founder is the brainchild of Abdelmonem Bin Eisa Alserkal, was established in 2007 is situated in the industrial neighborhood of Al Quoz spreads across a space of 500,000 square feet which houses not only numerous galleries of international repute but also project spaces, residencies, non-profit artists' studios, concept stores, event facilities and even cafes' and food outlets. It was expanded in 2015 to give it the look of today. Situated in Dubai's industrial quarters, this Avenue is a cluster of architect-designed warehouses that aims to foster the creative spirit by bringing together collaborators from diverse artistic disciplines, encouraging open dialogue, sharing of ideas and collaborations to bring those ideas to life.

I believe the art boom in Dubai started around 2012, the next year I had to leave for India. I can see a drastic, almost stunning advancement in the creative and artistic ventures there. The spaces that have opened up in the recent years have left me amazingly baffled! So whenever I visit Dubai I make it a point to visit those spaces - old and new alike. 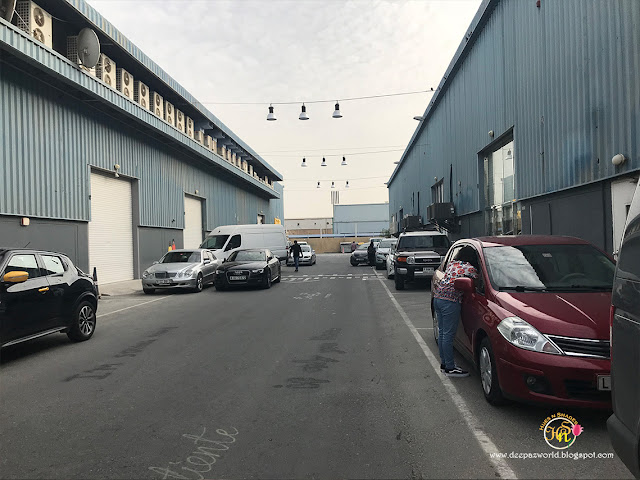 This is how the street in the Avenue looks


I had quite an interesting hour at the Alserkal Avenue last month about which I had posted briefly on Instagram. The first day I got to visit only 3 galleries - 1x1, Ayyam and Gallery Isabelle Van Deneynde. You will obviously be fooled by the 'looks' outside...I was in awe when each door opened up into a space beyond belief particularly the first two - 1x1 and Ayyam. Then I understood what to expect and that "appearnces is (stunningly) deceptive!" 1x1 Gallery had Vivek Vilasini’s, an esteemed artist from my region!!! His exhibition, “Between One Shore and Several Others,” works on identity and translation were interesting. Vivek’s superimposed images have always been a remarkable take. The embossed plates speak so much of our time!!!


"‘Between One Shore And Several Others’ is an enquiry into the transmigrations of concepts, their assimilation, internalization, and the evolution of identities. Identity is an ongoing process embedded in everyday social practices. Ideas that shape one’s identity are usually local – local places, local customs, local histories – but in today's world, the availability of alternatives allows one to escape the circumstances of one’s origin. The osmotic nature of this interplay permits for a translation that does not seek to reclaim the context, but to adapt and expand the vocabulary of the concept." 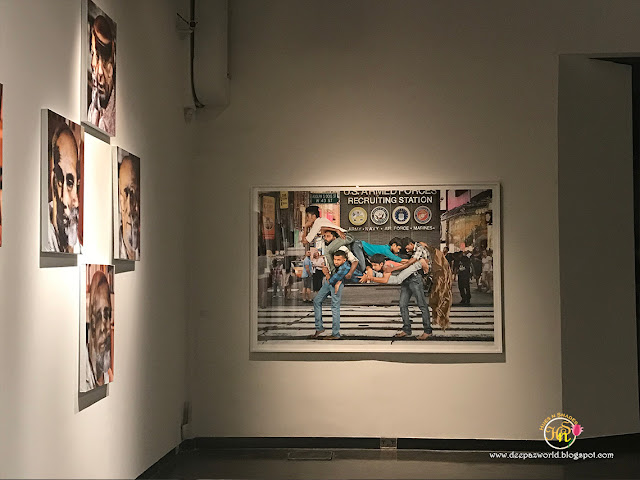 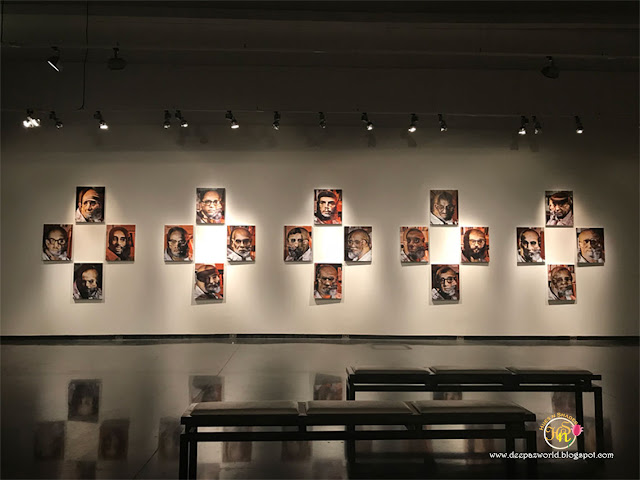 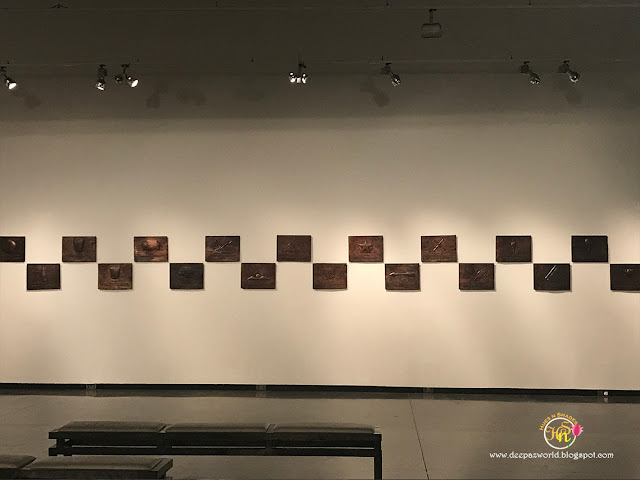 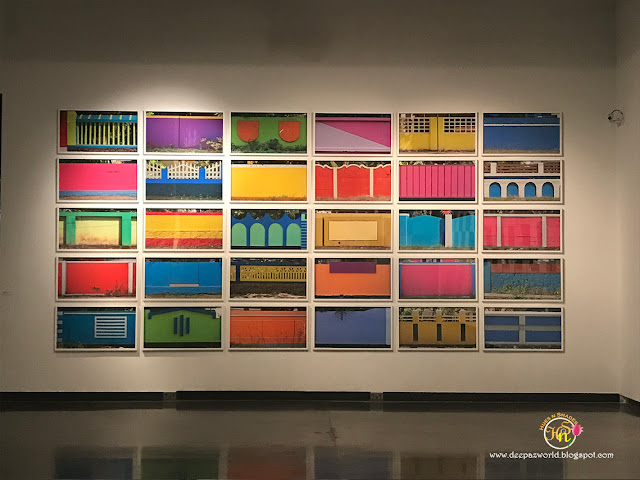 These galleries and the Avenue reminded me of container modified spaces. Does it to you? There is a City Walk where they have modified container constructs and they are absolutely unbelievable. But I am yet to have a closer look. 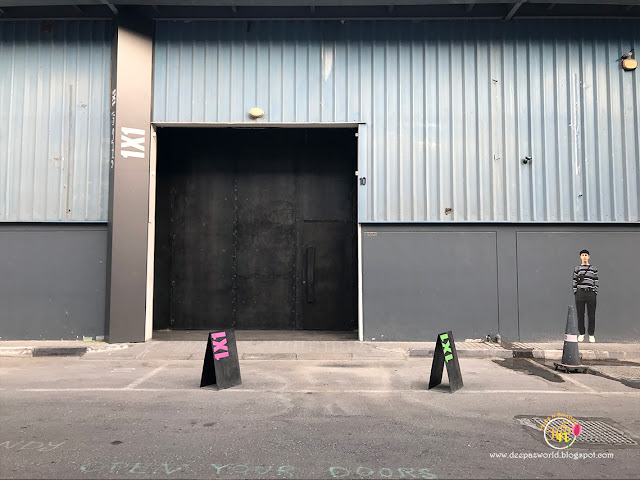 Ayyam gallery has Jean Boghossian’s “Unpredictable Horizons” which again speaks of identity and translation in yet another interesting angle with experiments in abstraction and script. The video completes his art which explains the process of this “burning artist”. It’s a spectacular take!


"A new feeling of spirituality emerges, whether it be secular or religious when viewing the Abstract Calligraphy series: where the canvas is scorched by fire, leaving a faint trace that evokes abstract inscriptions. This work, along with others similar to it, invites individual consciousness and self-examination through the critical process that has resulted from the alchemy of art." 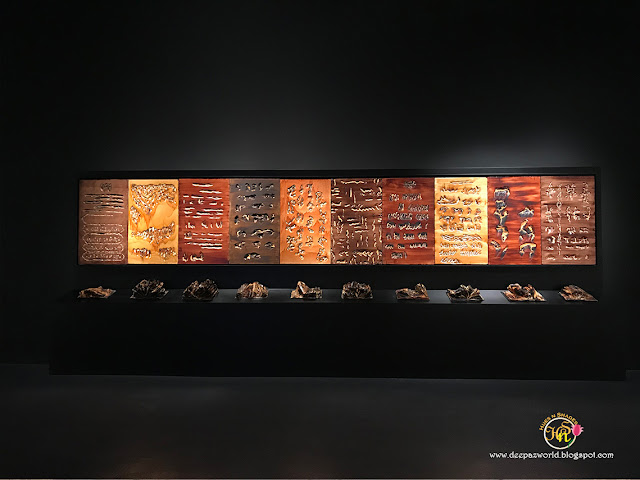 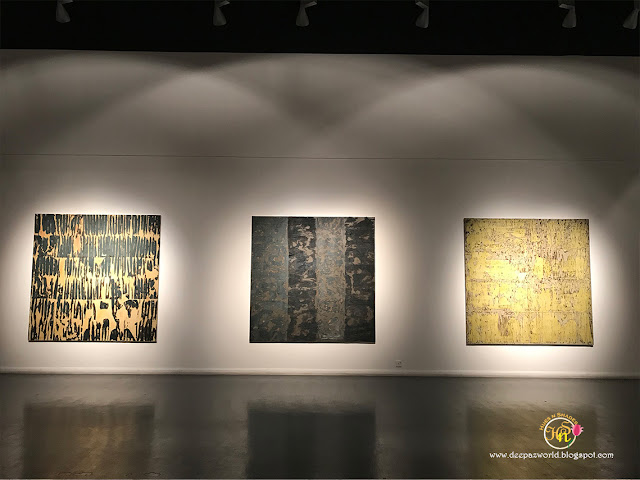 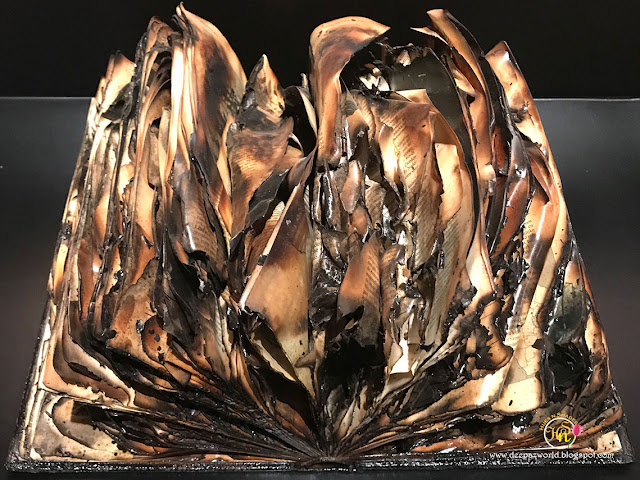 Just Look at the texture he creates. 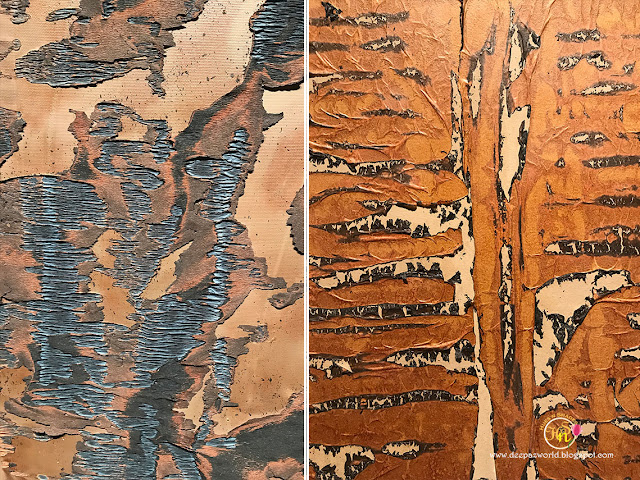 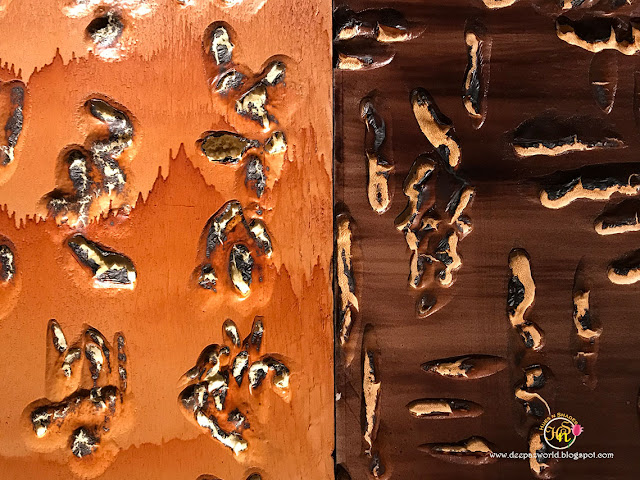 The third gallery I visited was Gallery Isabelle Van Deneynde where Haleh Redjaian’s “Inhabiting the Grid”. Minimalist with influences of grids, lines and space - ‘natural geometry ‘ - as she calls it, combines the visual grammar of Western Modernism with craft practices of Iranian heritage. Formally trained in the traditions of the Bauhaus, she admires its female pioneers and Sol Lewitt.

“We like systems and grids because they give us something that we can recognize, a frame that we can work within, but I like the idea of imperfection, the point at which the grid starts to break down.” 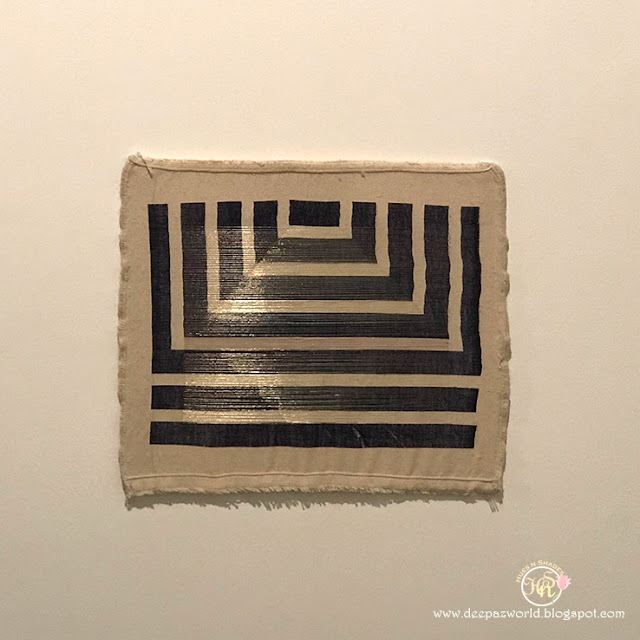 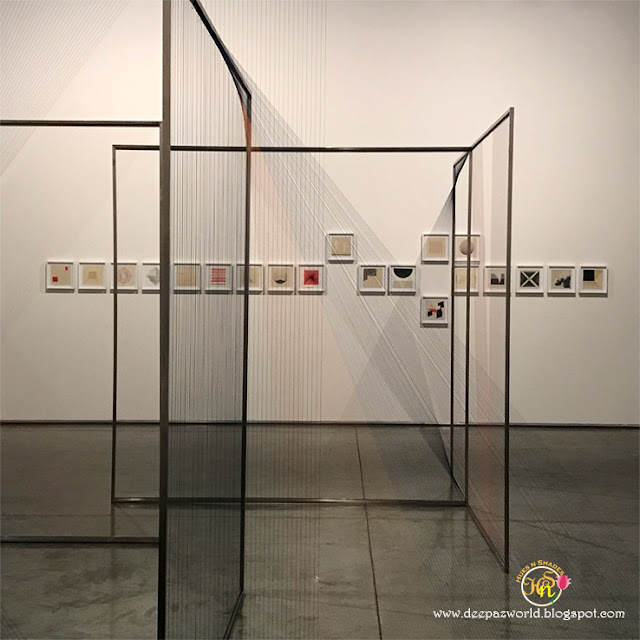 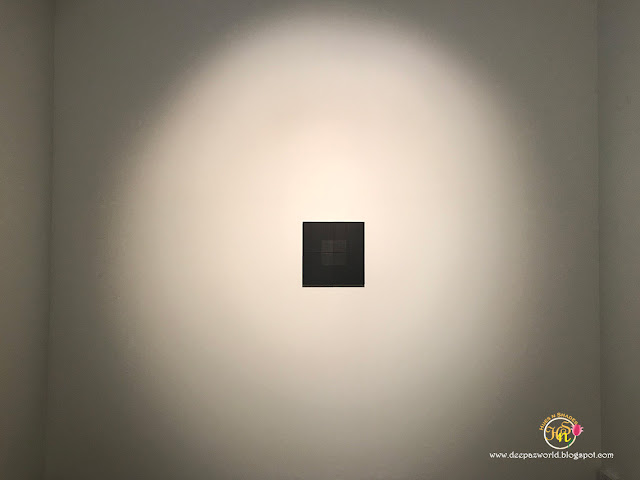 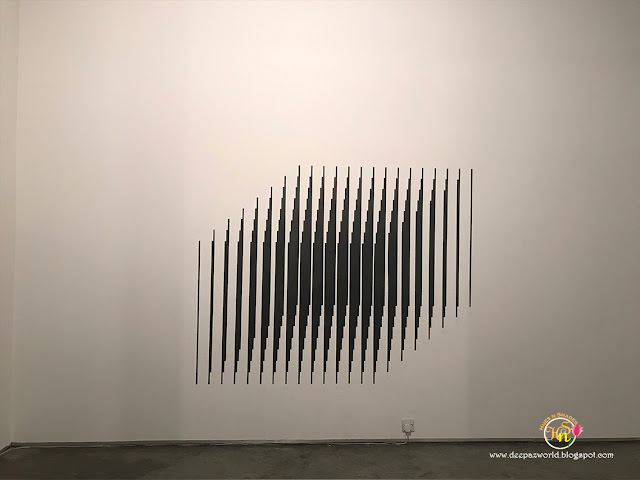 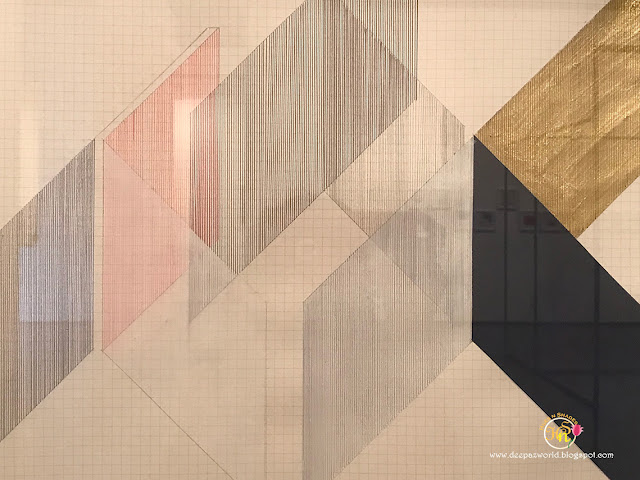 The second part of this visit will continue in the next post.


Linking it to PPF ladies.

They seem to have made it into a major art-hub. That should bring a different flavor of tourists in for them!

This is a lovely post--was some of your own artwork included in these galleries? Happy Paint Party Friday.

WOW! The artwork is terrific. Blessings!

oh my what amazing art exhibits!!! Dubai must be a very fascinating place to visit. Thanks for sharing!

Fabulous post. Love your art and thank you for sharing the gallery.

I’m impressed, I need to say. Really not often do I encounter a weblog that’s both educative and entertaining, and let me tell you, you will have hit the nail on the head. Your idea is excellent; the issue is something that not enough people are speaking intelligently about. I'm very blissful that I stumbled across this in my search for something relating to this. best online casinos