Kahlil Gibran's "The Prophet" speaks of love and marriage, joy and sorrow, reason and passion, beauty and death, and conveys the yearning for a Unity of Being that can only be achieved through love.

I considered practicing anatomy, rather the human form, by simply copying the illustrations, not in its entirety, but the central figures and/or that were clear to me. As some pictures lacked clarity, I assumed certain aspects of the illustrations too and so there may be oddities here and there. This was purely meant as a practice as I was reading through the book. For the most part, Gibran's nude figures were sleek and slender except a few and it reminded of symbolism and art nouveau. It was sometimes difficult to distinguish the gender; I felt some figures were more androgynous. I love the way he has expressed them.

There are 12 illustrations in all and I have combined excerpts from the book with each one that I felt could be associated with the illustrations. I have used drawing pencils (2B, 4B and 6B) and tea wash. Edited hue and saturation in Photoshop.

I am not going into details regarding the poet-artist as the information is readily available all over the internet but I would recommend Poetry Foundation in case you would like a detailed reading. 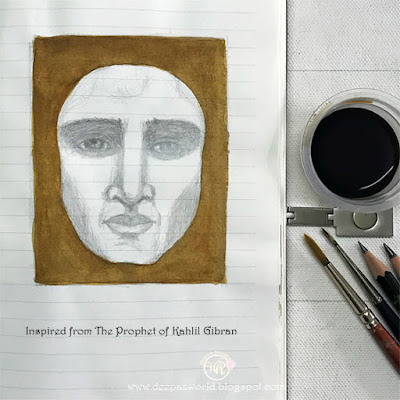 "Long were the days of pain I have spent within the walls, and long were the nights of aloneness; and who can depart from his pain and his aloneness with regret?"
"A voice cannot carry the tongue and the lips that gave it wings. Alone must it seek the ether." 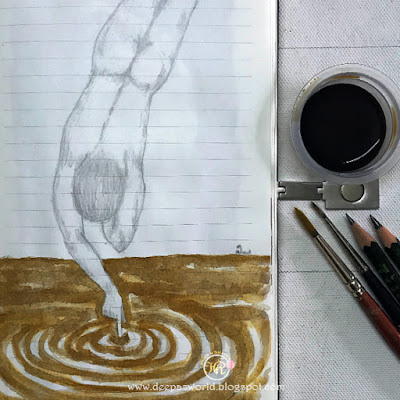 "Shall my desires flow like a fountain that I may fill their cups?
Am I a harp that the hand of the mighty may touch me, or a flute that his breath may pass through me?" 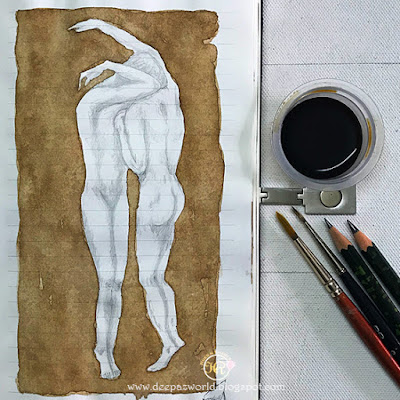 "Love gives naught but itself and takes naught but from itself.
Love possesses not nor would it be possessed;
For love is sufficient unto love." 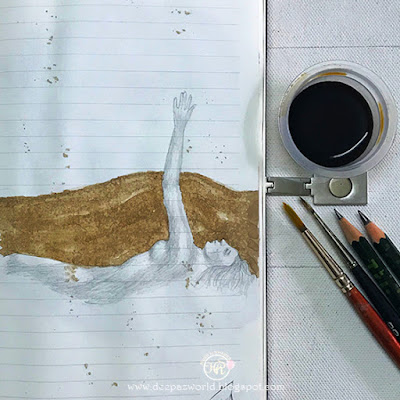 "Love one another, but make not a bond of love:
Let it rather be a moving sea between the shores of your souls.
Fill each other's cup but drink not from one cup.
Give one another of your bread but eat not from the same loaf.
Sing and dance together and be joyous, but let each one of you be alone." 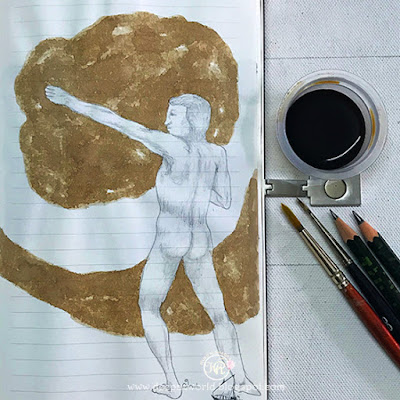 "You are the bows from which your children as living arrows are sent forth.
The archer sees the mark upon the path of the infinite, and He bends you with His might that His arrows may go swift and far.
Let your bending in the Archer's hand be for gladness;
For even as He loves the arrow that flies, so He loves also the bow that is stable." 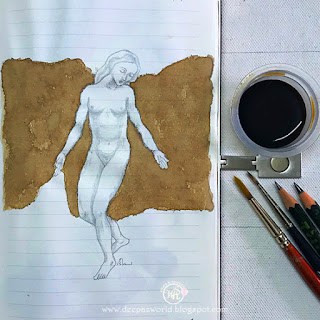 "It is well to give when asked, but it is better to give unasked, through understanding;
And to the open-handed the search for one who shall receive is joy greater than giving.
And is there aught you would withhold?
All you have shall some day be given;
Therefore give now, that the season of giving may be yours and not your inheritors'."


I will continue the rest of the 6 illustrations in my next post.

Linking it to the gorgeous ladies in PPF!

Your work is beautiful

I love the grace of these studies. Pencils have a magic all their own. What a great way to study the human form.

Wow your art is so beautiful.

I have always loved the Prophet but haven't visited it for quite a while. I will return. Your art is beautiful. I particularly like the last one (for whatever reason). Happy PPF

This is such a beautiful post and a lovely artful tribute to Kahlil Gibran. Happy PPF!

Thank you for your introduction to Gibran's work through your fascinating studies of his nudes. I took a couple of classes during my undergraduate work of nude portraits, but haven't done many studies of them since. Happy PPF and Blessings!

lovely interpretations... such a pleasure to see your post
LeeAnna at not afraid of color

Your illustrations are so beautiful. I love your interpretations of words into forms. Looking forward to the next six. Happy PPF!

what a beautiful drawings in pencil, your art is inspirational.

Enjoyed reading your blog CONTENT .
artculturefestival.in
ACF IS A INITIATIVE OF GOOD CAUSE A REGISTERED NGO WITH DELHI GOVERNMENT is looking for
1. contributors for content of your city
Featuring your city art, culture events , festivals ,
artists interviews, plays and topics of your interest
2 . resident representative for our ngo
3. bloggers to write on our blog . on your specialization
4 journalists
PL EMAIL YOUR DETAILS
acf5566@gmail.com
whatapp 9873622215

Great to see that you are inspired by Gibran to focus together on both your talents!