The talk was just beginning after the salutations as I entered into a full house at the Folio – Majlis Talks at Alserkal on a cold evening last December. The seating itself was quite informal and audience-friendly, making us shed our inhibitions (if any!). I took an empty seat behind in between two seated, made myself comfortable and slid into the conversation. For the convenience of the audience who didn’t understand Arabic (it’s a shame that I don’t know the language and I really long to understand it), there was a translator as well. The conversation was directed by Beirut-based Iraqi photographer, Tamara Abdul Hadi and was translated by Iraqi writer and researcher Maryam Wissam Al Dabbagh. The 87-year old Latif al-Ani had the smile and gesture of an innocent child, particularly with his mischievous laugh. I loved listening to the familiar string of sounds and cherished what they said even though I couldn’t discern the complete meaning of it. I patiently waited for the English translation each time.

“I was documenting for the sake of archiving. I never thought Iraq would arrive at what it has today.” 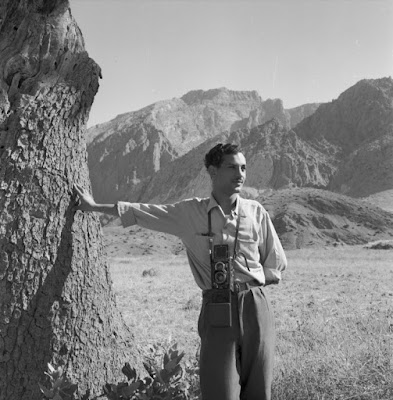 Latif al-Ani is an Iraqi photographer par excellence, also known as “the Father of Iraqi Photography.” I actually went in there without knowing the magnificence of this humungous personality only to be delightfully enlightened. Born in 1932 in Karbala, he has witnessed the glory and the fall of Iraq, alike. His photographs are both ancient and modern in nature with the changing times. What started as an assignment in the Iraqi Petroleum Company he worked for took him to new heights. His job was to document the modernization and industrialization of Iraq during the socio-economic boom of the time. His love to capture moments that he found beautiful and uncanny at the same time took him on a journey across the region by foot, by car and even by plane. Al-Ani was the first photographer who took the aerial shots of Baghdad. His experimental nature along with the right opportunities at the right time gave him the impetus to produce excellent works. His intention was to capture those moments for the future generations not knowing the plight of what was to come. His extensive and invaluable archives of the radically shifting socio-political and economic climate and the cultural landscape have scaled to history photographs for they are documents of an era that the country has long lost amid revolutions, coups and wars. He remembers his camera weighing 16 kgs with only 12 films to capture and what with the kind of technology that everyone is a photographer these days and al-Ani chuckled.

“I wanted to ensure each image was beautiful, in addition to being beautiful. I was always preoccupied with beauty.” 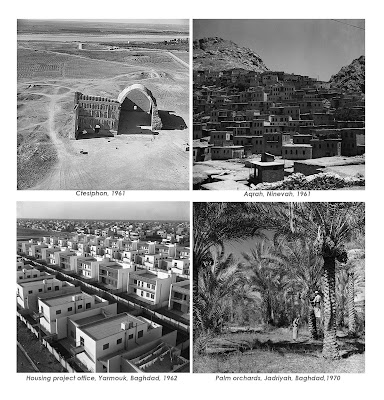 Al Ani was gifted a camera at the age of 13 or 14 by his brother if I remember right. Probably, that was the turning point in his life. Black and white photographs are what he prefers and his unique gaze documents the late 50s until the 70s with utmost flair. He shows women at work, girls in gym classes, mechanical engineering students, high-speed urbanization, modern architecture, tall office towers, and even Western tourists strolling through archaeological remnants. It’s a social documentary, one replete with information and education. Architecture, landscape, portraiture, cosmopolitanism, daily life are all seamlessly presented in his oeuvre. Until the restrictions were imposed, photography was a mode of life that was curbed with the turbulent times. He lost a good number of archives as the aftermath of the war, he mentioned.

“I was repulsed by the fact that holding a camera became a dangerous act, and I didn’t want to be a photographer anymore. I left Iraq briefly, but came back because it is my home.”

The Talks were part of Latif Al Ani’s solo exhibition Vetera Novis Augere - ‘augment the old with the new’ that happened at Gallery Isabelle van den Eynde at Alserkal Avenue, in collaboration with the Arab Image Foundation, Beirut. The exhibition was from 18 Nov to 28 Dec 2019.

That day I got back home with different images of Iraq that we have never seen anytime recently; happy beaming faces of men, women and children alike, robust and well-managed cities, well-clad, urban-fashion women, confident and formidable young girls and much more. Even I could feel the sense of loss of a wonderful heritage and what the place has become now. It’s a terrible plight to lose everything to war. It just slaps on the face of how transitory everything can be. In 1979, al-Ani stopped capturing images when photographing in public was prohibited during the Iran-Iraq war. Later in 2003, most of his works were destroyed by the U.S led invasion of Iraq. What remains of his photographs thus become quasi-miraculous, salvaging an era from oblivion. 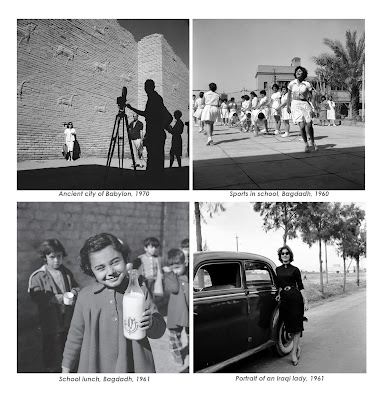 “I think viewers are surprised or shocked when they see them in contrast to what they see of Iraq today. I hope that they make people think and feel the pain we feel, and get inspired to help Iraq have another “golden age”. I’m happy that my work has had the interest it has had, this late in my life.”

P.S: This happened in December last year and am sorry for such a delay but I wanted to share the experience and let my readers know about this legendary personality.

Thank you, Joby! Thanks for reading!