Inspiration Strikes The Posterwala! - "My Creative Day" with Jayaram Ramachandran

"Imagination is the beginning of creation. You imagine what you desire, you will what you imagine, and at last, you create what you will." -George Bernard Shaw

These are some of the words I live by. To me, posters are not just colours on a piece of paper or photographs of people with no meaning at all. To me, a good poster is like an invention that has meaning, emotion and essence of the subject, using just the right hues and designs. As someone very rightly said, "A picture says a thousand words." 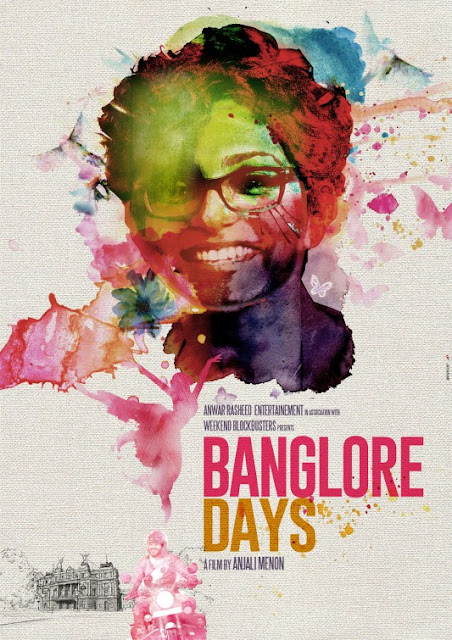 Very often people ask me where I get my ideas from and to be honest, I have no idea when an idea will strike and in what way, shape or form. The other day I was trying to think of a design for a book on Mr. Abdul Kalam for Bloomsbury and I just couldn't get anything. Then something came up and I had to get out of the house. I was in my car, on the road and in front of me was an auto on which there was a picture of Mr. Kalam and beside the picture, it was written, "You have to dream before your dreams can come true." That triggered a million other thoughts and I got my answer. That's the weirdest thing about being creative, you never know when inspiration is going to strike you! Sometimes you think you have an idea about what you're going to do but you just need that link that can get you a clear picture, and in my case, the auto was the link I needed to de-clutter my thoughts and a get a clear picture. This reminds me of a Steve Jobs’ quote that goes, "Creativity is just connecting things. When you ask creative people how they did something, they feel a little guilty because they didn't really do it, they just saw something. It seemed obvious to them after a while. That's because they were able to connect experiences they've had and synthesize new things." The truth in his words is scary. But that's one of the things that gives birth to one of the most important aspects of design, curiosity.

“That's the weirdest thing about being creative, you never know when inspiration is going to strike you!”

I've been bringing my designs to life for about 18 years but one thing I've learned is that there's always something out there, something new, something bigger, something better. And that's something one shouldn't be furious about, it's something one should be curious about. Newer the material, the more relatable it is, and the stronger the connection. But even with all the material, sometimes I lack inspiration and that's when I turn to music. Music is something that helps me get into the story and gives me the feel of it. And for me, music has been a very important part of my life from the beginning, being the son of renowned Carnatic musician Palai C. K. Ramachandran. But when it comes to my art, I turn to Mr. A. R. Rahman because I believe that no one can make you feel emotions through a song like him. My fondness for him started decades ago. As a young man, most of my friends dreamed to become successful doctors, engineers and businessmen but I made it my life's purpose to go to Chennai and just get a glance of Rahman sir. When in Chennai, I used to peek into his house from outside the gate to see him even if it was only for a second and I always had this photograph of him so that I could get an autograph if possible. I tried getting into concerts as well and I tried many other ways to just get a glimpse of this man's face. Decades went by and it had been a few years since I made my mark in the industry. One day my friend from the industry called and said that we needed to meet someone but he wouldn't tell me who. We went in his car and when we were halfway there, I knew where we were going. I was on my way to fulfilling young Jayaram's dream, only this time, I didn't need to peek. Turns out "my inspiration" wanted inspiration to design the logo for his KM College of Music! I finally met my idol, took pictures as proof that I met him, not to show anybody else, but to prove to myself that all that wasn't just a dream. At our next meeting, I took the same photo I used to take to his house when I was a young man peeping from the gate and got his autograph on it. The old, faded, fragile photo, all of a sudden became all the more valuable to me. Dreams take time to come true but in the end, they do come true after all, and that's what is important.

“Dreams take time to come true but in the end, they do come true after all, and that's what is important.”

“If this inspiration adds to your originality, then you are unstoppable.” 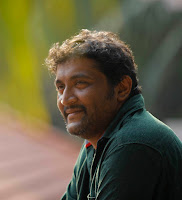 Jayaram Ramachandran who has a passion for colours saw himself getting into fine arts as a student and later into graphic designs. Movies always beckoned him and that led him to Ace Cinematographer-Director, Santosh Sivan. He never considered posters as a mere advertising tool but for him, it is a platform through which, he is able to express the movie maker’s thoughts and fantasies about their piece of art. He started his poster designing career with a few Hindi films and multilingual art films. It is through the Malayalam movie Pazhassiraja in the year 2009 that he gained immense recognition. He runs his Design shop Posterwala Design Company in Chennai and assists Mr. Santosh Sivan in various projects.

This is the second episode of the mini-series "My Creative Day". You can check out the FIRST POST by clicking the link. 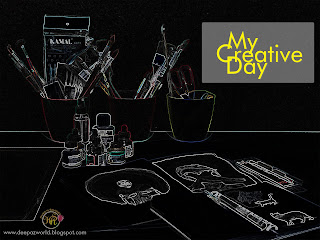 It is your Muse, Jay. You have to thank your muses for your inspiration, intuitions and your creativity. I have always followed your creative growth and enthralled in it. I am happy for you when your dreams come true and your milestones reached. Cherish that God given gift of yours because, believe me, sometimes it is hard to come by. I once had a Muse too. I used to paint word pictures in a myriad of hues. But now as I let the tides of life carry me along, other hopes, other desires beset me. But now I see that a touch of creativity has also entered your writing. You have penned this well, Boyo!! Keep it up

Such a nice Blog. Thanks to the author for sharing with us such information about art. Please visit the link to know in detail about Best Painting

This is such a lovely piece that gives a lot of insight into creativity. Thanks a lot for sharing!